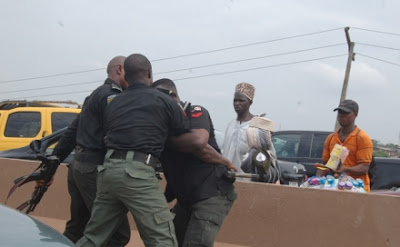 There was pandemonium in Asa 111 area of Otukpo Local Government Area of Benue State, at the weekend, as a policeman allegedly killed his colleague when they attempted to arrest some youths in the area.

It was learnt that the policemen, from Otukpo Division, had stormed Asa 111 area to effect the arrest of some youths said to have disrupted the meeting of some elders when the incident happened.

The state police spokesman, DSP Daniel Ezeala, who confirmed the report on phone on Sunday, said the policeman was killed by accidental discharge from a fellow colleague in the process of effecting arrest.
The PPRO explained that some youths in the area had disrupted a meeting being held by elders and subsequently, manhandled an elderly person.
The police spokesman further said that a report was lodged at the Otukpo Police Station, which prompted the police to embark on the arrest mission on Saturday.
The police, according to Ezeala, had succeeded in arresting one of the youths, which however, created stiff resistance from them.
DSP Ezeala also debunked stories making the round in the area that the incident was connected to the recent dispute by a section of youths in the area who objected to the piece of land given to the Senate President, David Mark.