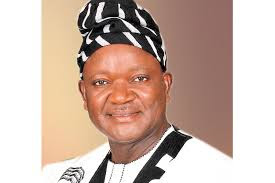 Governor of Benue State, Dr. Samuel Ortom, has ordered the immediate dethronement of his predecessor’s elder brother, Dr. Terkula Suswam and five others as first-class chief of the Sankera political axis comprising Logo, Ukum and Katsina- Ala Local Government Areas, LGA, of the state.
This was as he approved the immediate dissolution of the 23 local government caretaker committees in the state, where the former governor’s brother, Donald Kertyo, reigned as caretaker chairman for Logo, Suswam’s home local government.
He also ordered the Tiv Area Traditional Council, TATC, to suspend forthwith the process of conferring first class stools in the council.
The Governor announced these directives yesterday in a press statement issued by the Secretary to the State Government, SSG, Targema Takema, and made available to newsmen in Makurdi, stressing that the gesture is in accordance with the commitment of the new administration to abide by the tenets of the rule of law.
According to the statement, the Tor Tiv and all those earlier served by the court to put the matter on hold, to revert to the status quo ante prior to the restraining order granted by the Chief Judge of the state, Justice Iorhemen Hwande, which restrained the state government from taking any further step on the matter, pending the determination of the substantive motion already before the court.
The statement advised any person or group parading him or themselves as first class chiefs in the Tiv Area Traditional Council to comply with the directives.
Previous Post