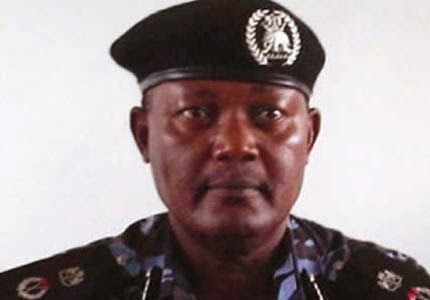 Joseph Mbu, outgoing AIG Zone 7, has promised to respond to allegations by the APC that he was deployed to Zone 2 for a political hatchet job at the appropriate time.
Mbu made the remark in Abuja on Friday while reacting to question during an interacting with newsmen.
Zone 2 comprises Lagos and Ogun states.
It would be recalled that Mr Joe Igbokwe, the Publicity Secretary of the APC in Lagos state, made the allegation on Jan. 20 after Mbu was deployed to the zone.

Twenty-seven AIGs were redeployed to other zones, departments and formations across the country.
“I reserve my comment on the spurious allegation by the APC in Lagos state; I will not say APC in general.
“At the appropriate time, I will respond to this allegation.
“I am not going to Lagos to fight but I will not tolerate lawlessness,” he said.
Mbu also dismissed insinuation that he was controversial officer, saying I am not controversial.
“I love my job, I am very proud of my job and I do my job very, very well. I am not afraid of anybody in the execution of my job.
“Anywhere I go, I am not a politician, the enemy of – – , governor is not my enemy, any of the minister is not my enemy, the enemy of anybody is not my enemy,” he said.
Mbu said that anywhere he was posted; he would do his job professionally, adding that a police officer must summon the courage to do his or her job.
ALSO READ:  Indian arraigned over alleged N816.3m fraud in Lagos
Previous Post