by Sunny Green Itodo
in Entertainment

According to the legendary musician religion is supposed to be a moral gym, “anything else is a scam”.

The singer who stated this via his Instastory channel, also said anyone who claims he is fighting for God is downgrading and insulting God.

His posts come days after he reacted to the viral video of Apostle Suleiman where he said he prints money by speaking in tongues.

See what he posted on his Instastories below; 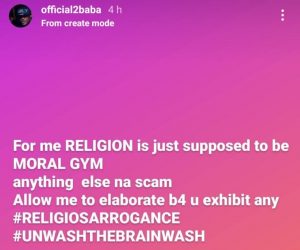 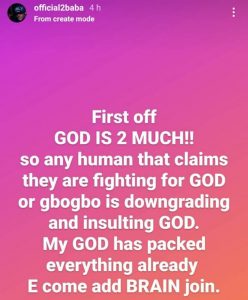 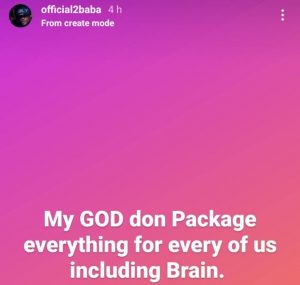 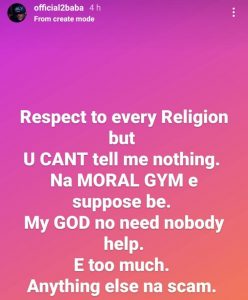 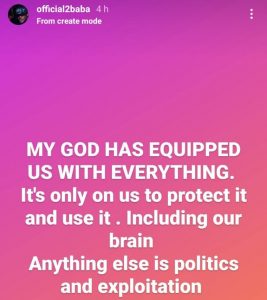