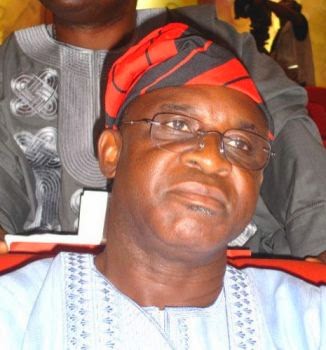 By Hassan Michael, Otukpo
There are claims in the Benue Zone C senatorial district that the current Senate President and the leader of Idoma political ‘ministry’, David Alechenu Bonaventure Mark is currently under intense pressure to pitch his tent with the All Progressives Congress, APC, IDOMA VOICE has learnt.
This is coming following the victory of Gen. Muhammadu Buhari of APC and the fall of the ruling party to the APC at the just conducted presidential and national assembly elections.
This move, IDOMA VOICE learnt was orchestrated by some political leaders from the Idoma kibbutz to make sure the senate presidency seat remains in their corridor.
This newspaper observed that Senator Mark has been spearheading the affairs of the upper chamber of the national assembly for more eight years uninterrupted and the Idoma community has been enjoying the ‘Number three man tag’ ever since.
However, things fell apart following the nationwide victory of the APC penultimate Saturday.
In fact, PDP has been humbled to the ground as the minority in the senate and this has further put Mark’s plan to continue as the 3IC of the nation in hot can.
This, and others  prompted some concerned leaders of the Idoma political terrain to mount pressure on their leader to join the APC in order to retain his seat.
A source hinted this newspaper that Mark is not ready to buy that idea, “he would rather prefer to remain as a floor member or sneak out for another person to step in.”
According to the informed insider, several meetings had taken place both in Benue and Abuja between Mark and some Idoma leaders who reminded him that politics is all about mobility. He was told that his destiny was not tied to the PDP and there’s a need for him to consider the APC to salvage his political career.
The insider who would prefer to remain nameless, said the Akpegede-born ex-soldier would make his decision known after the governorship election, which is slated for April 11.
Others are of the opinion that Mark should just leave politics for younger ones so he could act as the general overseer, like his APC counterpart, Tinubu is doing in the southwest.
According to some persons, any attempt to return to the senate as a floor member would give the APC the opportunity to revenge.
Researches by this newspaper revealed that even some Idoma natives have been calling on the senate leader to either back out for a younger candidate or defect to the APC to gun for his seat for third term.
Checks on some political groups on social media show that the Idoma community is not happy over the outcome of the election, which ousted the PDP from power.
Recall that Mark thinly defeated Dan Onjeh of the APC during the election to pick his return ticket to the Senate for a record of fifth time.