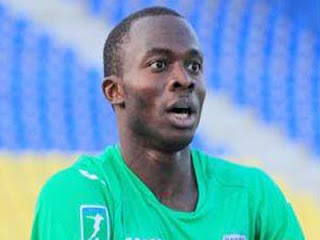 Nigerian defender David Oniya collapsed on the pitch and died after playing just a few minutes of a local friendly in Malaysia on Saturday, reports said.
Oniya, 30, went down about three minutes into the game for T-Team and was pronounced dead at hospital around half-an-hour later, the club’s chief executive told The Star newspaper.

I did not rob anybody – Hassan Saleh blasts