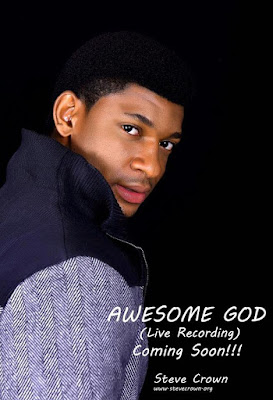 Coming on the heels of the success of his hit song, You are Great, Gospel music sensation, Steve Crown is set to drop another single.

The wave-making singer is set to release another song entitled, Awesome God.

According to the Benue-born singer, who announced the cheering news to his teeming fans on social media, the songs, AWESOME GOD would hit the airwaves in no distant time.

He urged his fans and followers to keep spreading the message while anticipating the official  release date.