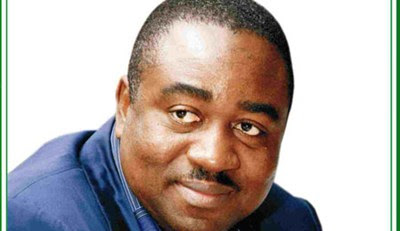 The Governor of Benue State, Gabriel Suswam has canvassed increased trade and investment among African countries in other to improve the continents economy.
In a statement made available to LEADERSHIP yesterday Governor Suswam stated that real development would elude the continent except the leaders evolved deliberate strategies to encourage Intra-African trade.
Suswam further called for massive investment in infrastructure saying no development or investment would take place without the necessary infrastructure to support the private sector.
In his speech, he mentioned that in spite of the security challenge in parts of the country, Nigeria remains the most profitable environment to do business in Africa, adding that Benue as a component part of the country was set to accommodate investors in all sectors especially agriculture.
He further stated that the commitment of his administration to the provision of infrastructure was to ensure an enabling environment for investors in the state. He also enjoined Namibian businessmen to take advantage of immense opportunities in the Wild Life Park to invest in the Ikwe Wild Life Park in Benue State.
He stated that the state was willing to partner with any investor especially in the agricultural sector, also reeling out incentives to include easy access to land, security of lives and property as well as transparent regulations to protect investment in addition to the Federal laws and regime of incentives put in place by the Federal Government.
Previous Post