Terhemen Tarzoor, others in trouble over electoral impunity

Terhemen Tarzoor, others in trouble over electoral impunity 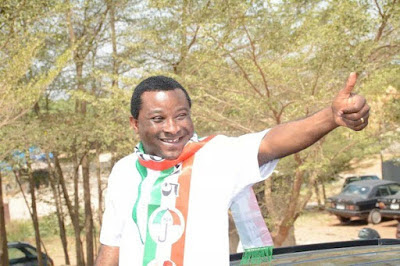 The National Human Rights Commission (NHRC) on Thursday named former state governors, a former Chairman of the Independent National Electoral Commission (INEC), Prof. Maurice Iwu, INEC staff, politicians and institutions as some of those indicted for various offences allegedly committed during the 2007 and 2011 general elections in the country.
About 60 people and institutions named were indicted for criminal offences, administrative, judicial and professional misconduct.
Names of the identified individuals and organizations are contained in the final report of past decisions in electoral cases, released in Abuja by NHRC under an exercise termed: “Electoral Accountability Project/and Electoral Impunity Project,” which commenced in June 2003.
The commission recommended among others, that the Attorney General of the Federation (AGF), the Inspector General of Police, INEC and other relevant institutions, take necessary steps on the report including prosecuting and ensuring that disciplinary measures were taken against those found wanting.