UJA: The untold story of Tuface Idibia •His fame, wealth and mistakes

UJA: The untold story of Tuface Idibia •His fame, wealth and mistakes 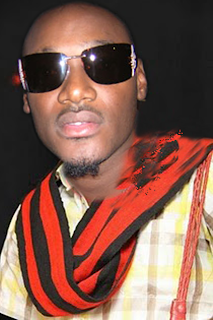 IN HIS LIFE, three is a recurring decimal: he was three years old when his family moved to the United States; before he hit musical stardom, he passed through three music groups; his career kicked-started significantly in a band of three members; three times he’s had a brush with death; he used to be a man of three baby mamas. What’s more, he is in a season of three-fold blessings – new wife, new baby, new album.

Nevertheless, he is not a three-star person. Innocent Ujah Idibia, the musician popularly known as Tuface, is a five-star artiste. Call him an R&B maestro or a hip hop poster boy – each label fits him like a second skin. Watching him perform at the last AMAA or at his Buckwyld and Breathless album concert, gives a pretty good idea why the Tufacemania is irresistible.

I have worked with Tuface from the days of the Plantashun Boyz, while I also went on to handle some others artistes like Asa. For me, Asa, is an amazing artiste. I have always known she would make it big in the industry. But you see, Tuface has always been in a different class. There is something about Tuface, the magic is not just in his voice but in his spirit. Every time he sings, something would light up inside of me; the sincerity, the purity of his sound and his spirit. I just knew he was heading for the top and nowhere else. I didn’t discover Tuface.


We both met each other in the same place. He had his part, which was going quite well for him, and I had my part, which was going quite well for me too. It was a strong musical synergy that brought us together and it pretty much began happening from there.  Now, I have my own record label called Cobhams Asuquo Record Music Production, CAMP, but the record is not riding on the success called Tuface, Plantation Boys or Asa, rather it is riding on people out there to meet a need, which is providing Nigerians with good music.
Talking about good music, a number of things make good music – the message, inspiration and groove makes a good music. Joyful memorable melody also makes good music, great performance, personality, spirit, and soul makes good music. And you need inspiration from God to make good music and it could be anywhere. Like me, I get my inspiration from my bathroom, because that is where I get to be anything, I could be an astronaut, a pilot, a physicists, a musician. I am simply inspired in the bathroom. I also like to get inspiration from a long train ride when I am abroad. I also get inspirations in long drive, when I wake up early in the morning. Sometimes, I am inspired by pressure, having to deliver on time inspires me.
A number of artistes also inspire me. Tuface is one of them. The guy is one of the most talented Nigerian musicians I have ever met. He has a great personality. He is humble and relates with people very well. Tuface’s music is healthy; it has content and character. Dagrin is also another good one. I love him as well. In fact, the day I received the shocking news of his death, I was in my office having dinner and I heard over the radio, I stopped eating immediately.  I practically lost appetite and I called my workers to share in what I was experiencing. I was almost moved to tears, because he was a rising star with so much potential.
Plantashun Boyz breakup was a blessing in disguise –FAZE, Musician
The whole thing is just like yesterday. Each time I remember how it all started, I just can’t stop laughing. Ironically, we didn’t know this is how things would later be. We had different plans and dreams. But fate would always have it way.
Some years ago when we broke up, we thought it was a disaster but now when we all look back, we thank God because the split has made us men of our own.
Talking about his talent, I am not shy to say Tuface is a huge talent. He has the best voice so far and he knows how to render his music well. He is vast and he is a success as far as I am concerned. He is just a wonderful singer that is favoured by God. I have listened to his new album Away & Beyond and I must say it’s excellent. To me, Tuface has gotten to the peak of his career in music. He is an achiever, resilient man and self motivated. His new album is just a present to all his fans.
Insider’s account: secret of Tuface’s success
The key to survival in this business is humility. You have to be humble, you have to be hardworking, you have to be wise, you have to save more than you spend.  Always make sure you save more than you spend.
The Top 4 artistes in Nigeria today is as follows: Tuface is No.1, D’Banj is No.2, P Square is No.3 and M.I. is No.4.  If you go to any agency, these are the names you will see first.  Check out all these people and you will find they are humble to a fault.  That is the key to success.  Humility, wisdom and hard work.
All these people work hard.  If it takes Tuface spending a lot of money to go and record an artist in China, he would do it.  If it takes D’Banj no matter how much to go and record with Snoop Dog, he would do it.
He is a musician with magic –DJ JIMMY JATT
Tuface is many things to me. The man is my brother and friend. We have worked together here in the country and oversea. We have also done some songs together. If you remember, he was featured in my song, ‘Stylee’ and he killed that song.
He also supported in the videos as well. He did beautifully well. I can remember vividly when I heard the guy for the first time.  I can’t believe he has risen so fast. When we started playing his songs in clubs and radio stations, it got everyone dancing.
He is a musician with a magic I can’t really understand. His song and beats got everyone’s attention. I think he will do well in the nearest future.
Previous Post

Over 100 cultists meet waterloo in Benue

Over 100 cultists meet waterloo in Benue