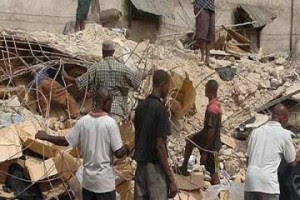 April 20 has been fixed for the final interment of the 22 victims of the collapsed St. Robert’s Catholic Church in Vandeikya Local Government Area of Benue State, the Catholic Diocese of Makurdi has said.
A statement, signed by the Rt. Rev. William Avenya, the Auxiliary Bishop of Catholic Diocese of Makurdi, said the burial would take place at St. Robert’s Church, Adamgbe, near Vandeikya.
“We are hoping that the families involved will allow us to bury the 22 corpses in one location and the vestments shall be white,” the statement said.
The statement also said that those who sustained injuries and in different medical centres around the area were responding to treatment.
It would be recalled that the victims lost their dear lives when the church building collapsed on them during the Easter all-night.
Previous Post

REVEALED: Why Idoma is yet to rule Benue

REVEALED: Why Idoma is yet to rule Benue