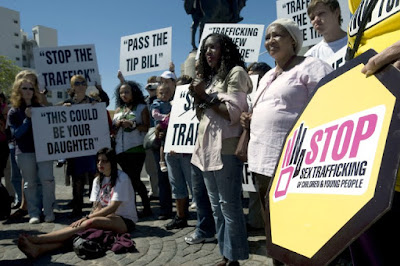 A man suspected to be a human trafficker, identified as Israel Lame was arrested by the Benue State vigilante group alongside two young women in Gboko area of the State while attempting to flee with them at the motor park en-route Lagos and then outside the country.


Spokesman of the Benue State Police Command, ASP Moses Yamu, while parading the suspect alongside 15 others at the command’s headquarters in Makurdi disclosed that Lame was arrested based on a tip off.
Lame, who shares Nigerian and Cameroonian citizenship and claimed to be from Cross River State, is specialized in trafficking young women whom he takes to Burkina Faso.

The PPRO said, “He was arrested while trying to board a vehicle to Lagos in company of two young girls namely Timia Daasha, 20, from Plateau State and Joy Gideon, 24, from Benue.”