Why I wont contest for president in 2019 – Young Alhaji

Why I wont contest for president in 2019 – Young Alhaji 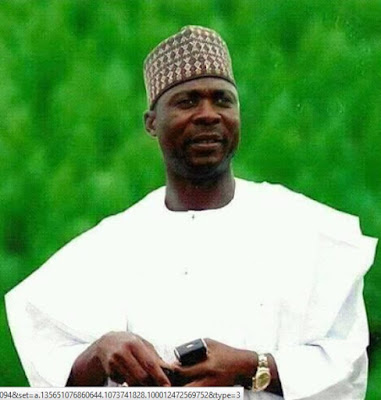 Alhaji Abubakar Usman, popularly known as ‘Young Alhaji’ is a former chieftain of the All Progressives Congress (APC) in Benue State. In this interview, he said his allegiance to the party is only at the national level, assuring that he will work with all opposition parties to defeat the party in the state in 2019.

Why have you been silent on the political scene in Benue State?I’m not silent. I don’t have to exact energy when there is no need for such dissipation. Elections have been won and lost since 2015 and the actual political activities for the next general elections would begin in 2018. But that does not mean that I’m not active politically. For now, we are brainstorming with political leaders; opinion moulders across the state on the way forward.
There’re insinuations that you’re planning to join the proposed mega party?
I’m just hearing that word mega party from you now. Yes, there would be alignment and realignment as well as permutations here and there. But, for now, I don’t belong to any party but I belong to all opposition parties except the APC at the state level. However, at the federal level, I belong to the APC.


Why did you say so?
It is because of the insincerity, misinformation and deceit of the party at the state level. The bad leadership of the APC at the state level is among so many reasons I’m not part of them.

Which position are you preparing to contest for in 2019 elections?
The only position I would not contest for in 2019 is the president. But as for governor, Senate, House of Representatives or State Assembly, I will make myself available for whichever position my people call on me to go for.
Many people have insinuated that you supported Senator David Mark in the rerun election following an agreement that he would hand over to you in 2019, is that correct?
Yes, I campaigned vigorously and voted for Mark in the said election. But, it was purely for the sake of the future of Benue South.