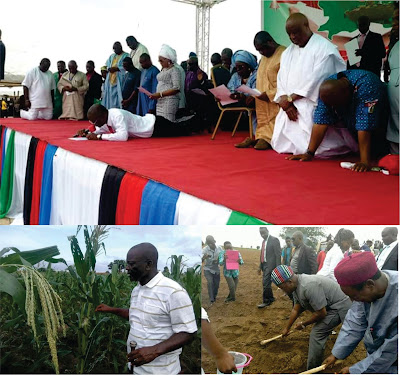 If states were women, Benue will be that unlucky, innocent and intelligent virgin who always dates bad and unserious guys – after losing her first love.

This was the submission of a Twitter user when the #ifstateswerewomen trend cropped up on social media few months back.

Yes! I won’t agree less with this submission because it is the bitter truth.

Benue State is like that virgin (fertile land) whose toasters/lovers (leaders) are unserious and selfish (looters) after losing her first love (Aper Aku).
Since the demise of the first Executive Governor of Benue State, Chief Aper Aku in November 1988, Benue has been in turbulent relationships (leaderships) with different guys (governors).
It has been cases of ‘use and dump’ every now and then; and one wonder with one hand akimbo and head bow if she’s cursed of the cause of her predicaments.

This article became imperative after reading the thoughts of one of my brothers and equally a respected colleague in this ministry, Iorliam Shija few weeks back.

Sweet Man, as my big brother prides himself in his series entitled ‘Has Ortom stepped into Aper Aku’s shoes?’ tried to juxtapose Ortom’s political achievements with that of the legendary Aku.
Well, Sweet Man made some valid ‘sweet’ points in his well-crafted article, I won’t deny that, but after reading the write ups, a paragraph caught my attention and I was moved to tears.
Likening Ortom’s dry profile to that of Papa Aku is like forcing a monkey to believe that orange is sweeter than banana.

I promised Sweet Man a rejoinder and that I will do in no distant time.
It pains me that some youths in Benue State are making governor Ortom to believe that he is on course (curse)? On the social mediashpere, Ortom is second to none – the best among the rest.
They forgot that Ortom might be a ‘leader’ but not a good political leader.
It is sad that we mistake religion for politics.

Ortom was not the only man who came into power ‘in Jesus’ name’, we’ve had similar experience in the past and that has gone with history.

We should note that leadership is not by waking up one morning and declaring Friday as workers’ farm day to enable them go to farms.

It is worthy to note that in Abambra, Kebbi, Ogun states, et all, the governors did not declare Friday (or any day) as work-free day to enable people go to farms but their rice and other farm produces are already in circulations nationwide.

In Benue, Ortom declared Friday as public holiday to enable his ‘servants’ go to farm and yet there’s nothing to show for it.

Benue has been enjoying the Food Basket of the Nation status before Ortom’s accidental accession to the Benue political throne and should better stop this political eye service before the gods of the land provoke.

To be continued next week (which would be my rejoinder to Sweet Man’s article).