Some youths on Sunday held what they described as a ‘pool party’ on the abandoned federal road in Otukpo, Benue State.

The Otukpo township road has become a nightmare to not only motorists but residents of the town due to its bad state.

IDOMA VOICE gathered that the dualization of the Otukpo township road 8 kilometre-road was flagged up in December 2018 by the minister of works and housing, TundeFashola, but the road has been left in a serious state of comatose, and quite frankly, it is impassable and literally translating to a death trap.

However, the contractors handling the road, Rockbridge Construction Company, had since abandoned the project, leaving residents of Nigeria’s acclaimed Texas City to battle mud and dust during the rainy and harmattan seasons.

Last year, a son of Benue South, Mohammed Odeh Adah, also known as Ochacho, was working on the road to give it a facelift and make it motorable for his people, but was stopped by the ministry of worlds and housing.

Since then, the contractors never returned to site and the road is now impassable.

The development forced the youths to register their displeasure by holding what they tagged pool party on the road.

President of the Ochetoha K’Idoma Youth Wing, Comrade Obande Gidoen, while speaking at the pool party, called on the contractors, Rockbridge, to return to site since they have been mobilized by the federal government. 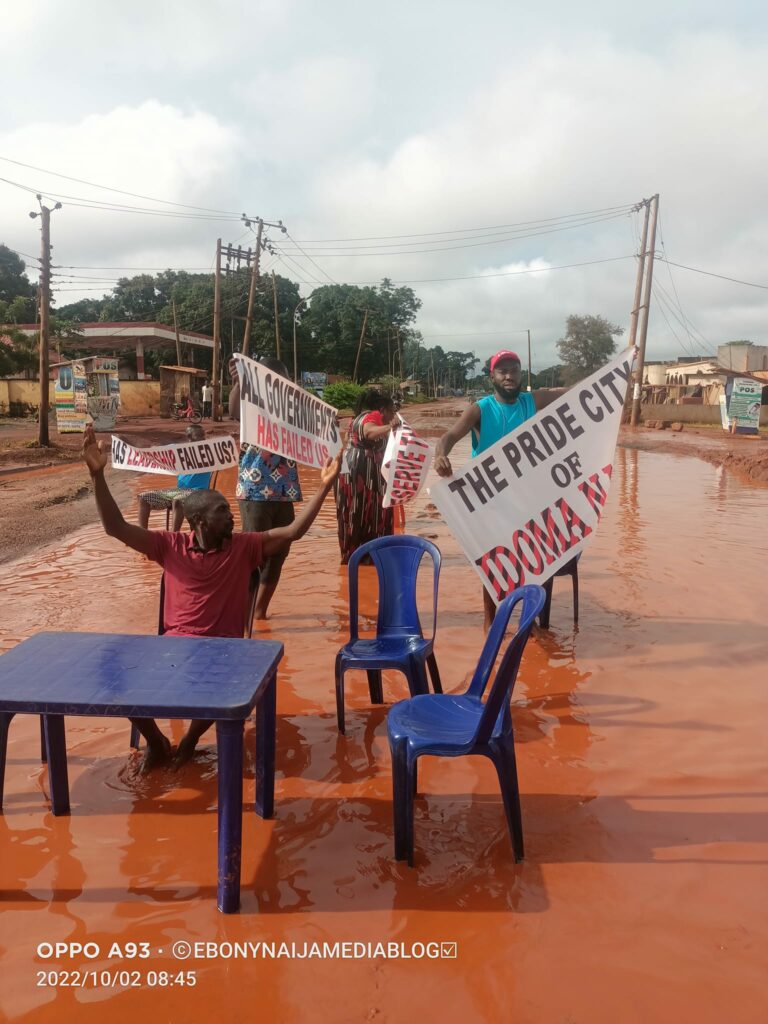 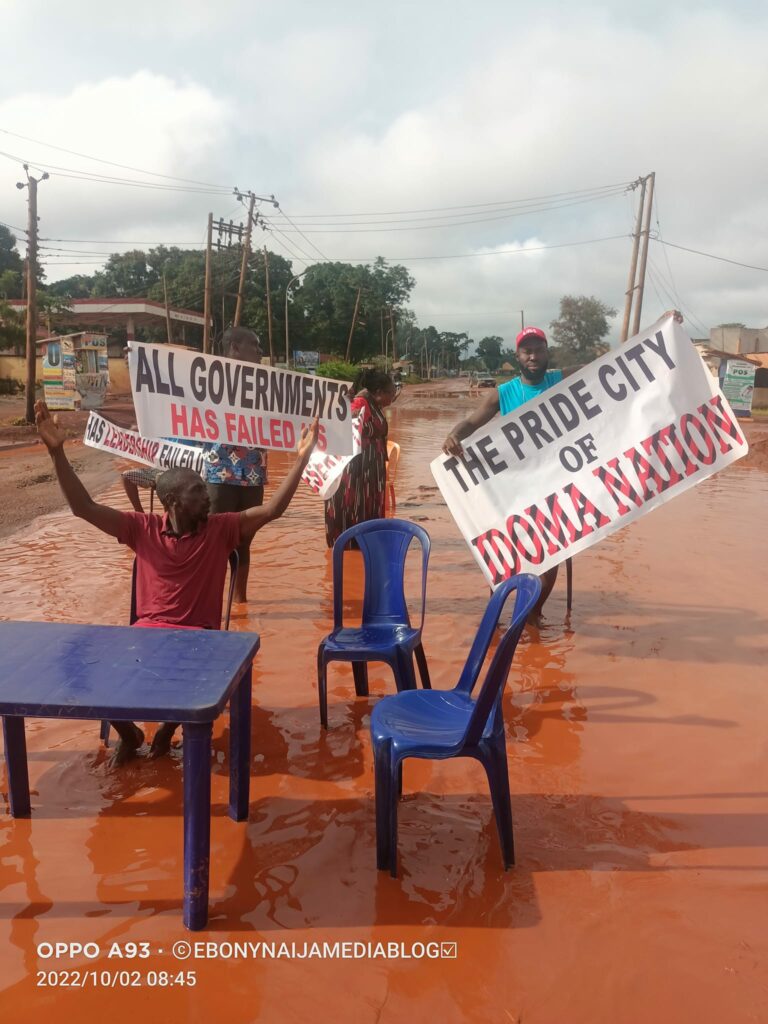 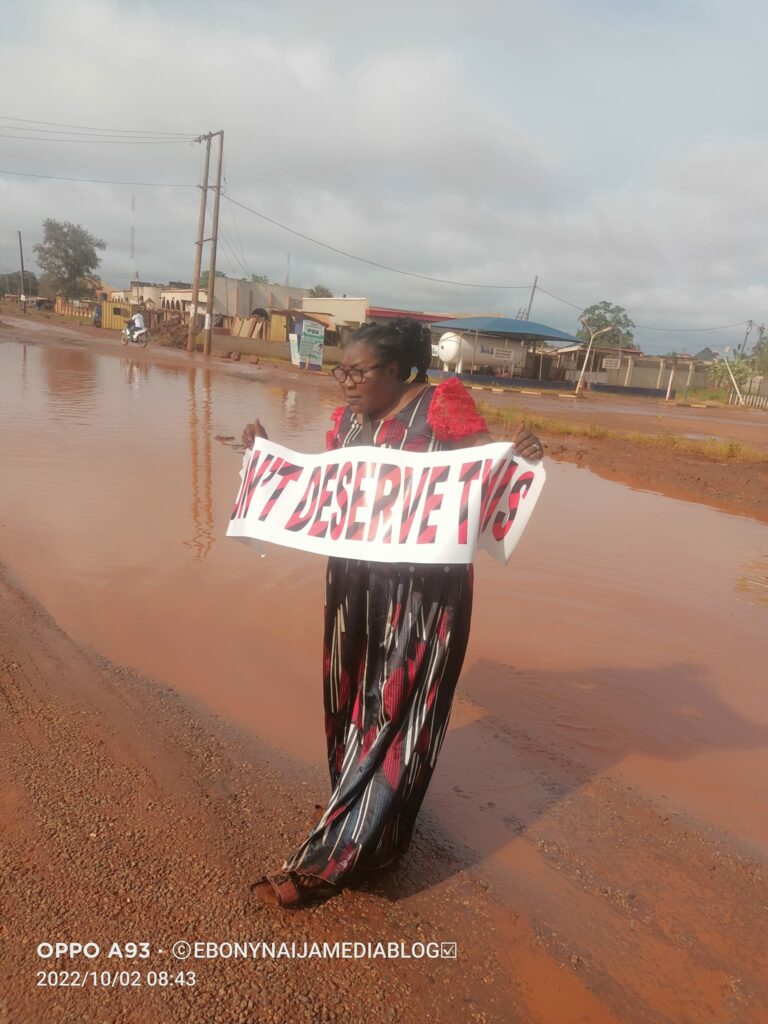 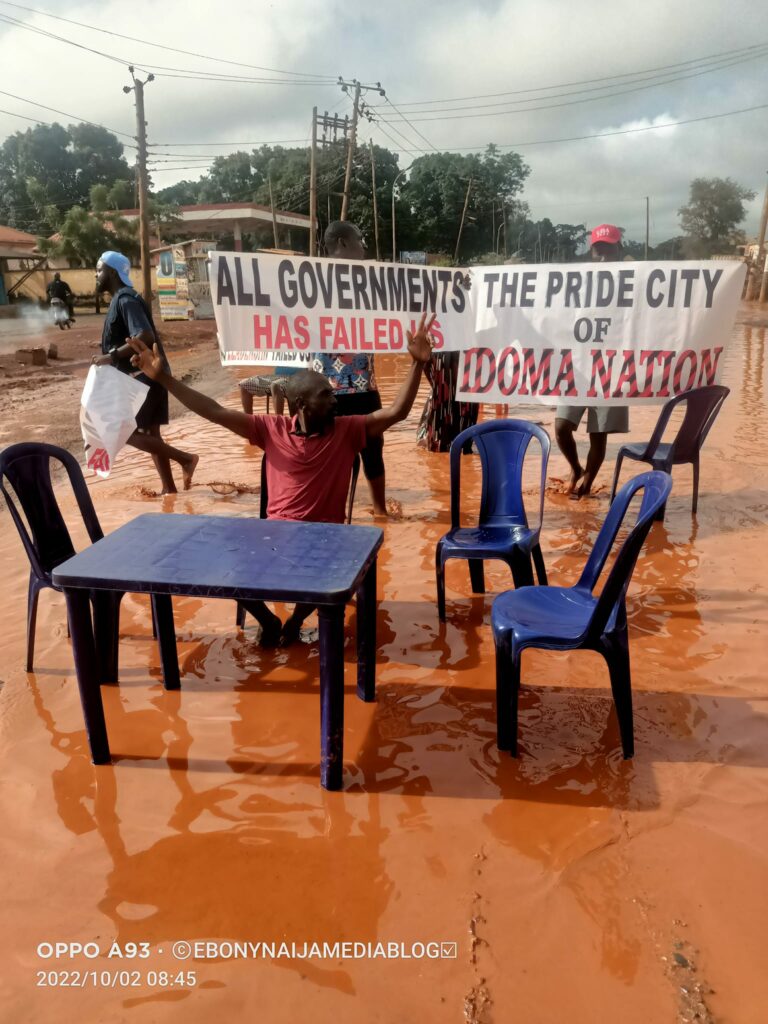 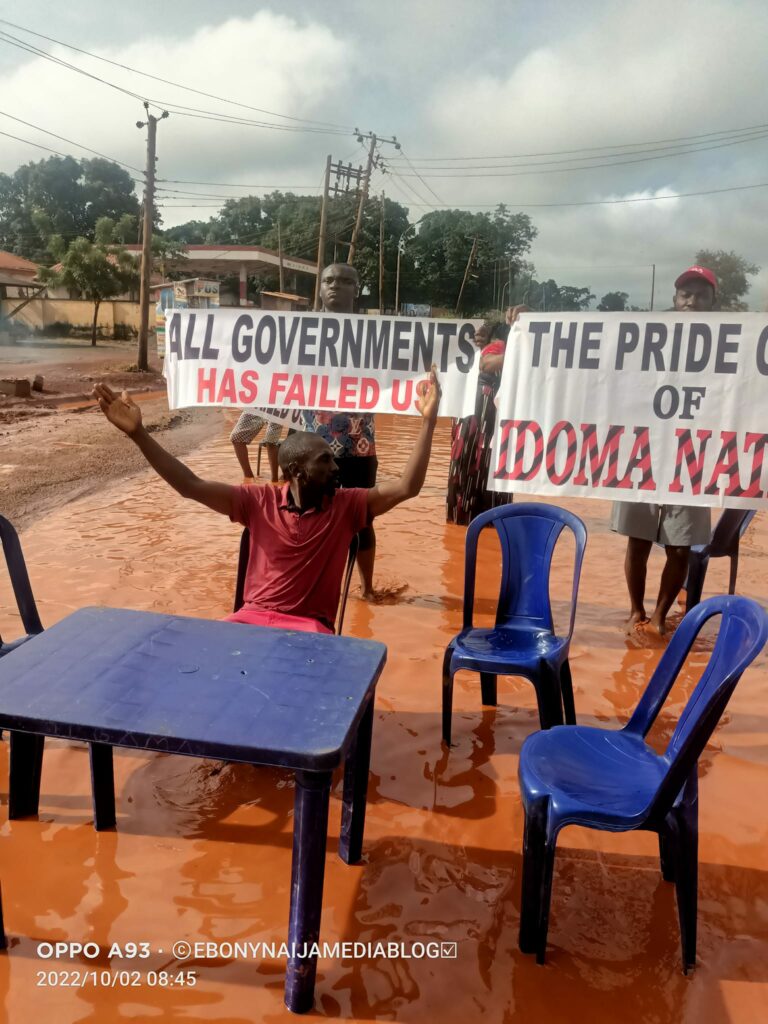 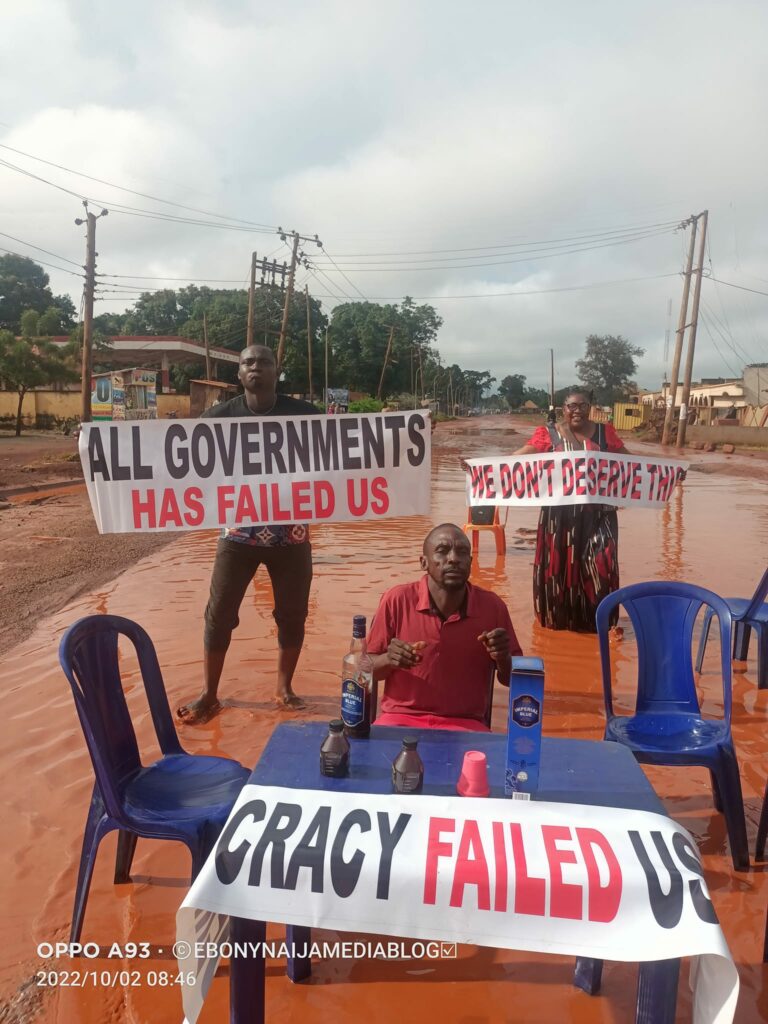