David Mark is the greatest liar of this generation, he can’t deceive us forever – Abounu

David Mark is the greatest liar of this generation, he can’t deceive us forever – Abounu 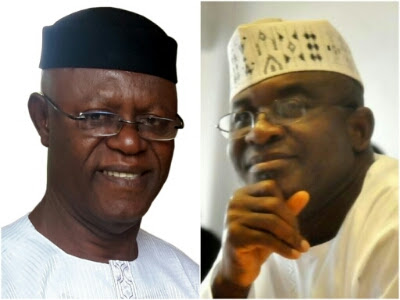 The Benue State Deputy Governor Engr. Benson Abounu has hit back at former Senate President and senatorial candidate in the forthcoming Benue South rerun elections, David Mark saying he was an established politician in Benue State long before Mark’s forage into politics as their war of words continues.

Speaking through his Chief Press Secretary, Mr. Ede Ogaba Ede, Engr Abounu added that it was therefore a lie to think that he was made, politically, by the former Senate President.

“ To say that David Mark made Engr. Benson Abounu is the greatest lie ever told. When he contested for the governorship of Benue State with Moses Adasu, David Mark was still in the military. He had no say in anything Benue.

” The Deputy Governor was already an established politician in Benue before Senator David Mark ever ventured into politics.” He said.
The Deputy Governor said Senator Mark rather owed him gratitude for the role he played in his first election to the Senate in 1999.

“Engr. Abounu was one of those who drafted him to run for the Senatorial position in 1999. He was the DG of his campaign. If truth be told, the deputy governor made him Senator.

“David Mark should be grateful to him and not the other way round. It is on record that in 2003, Engr. Abounu campaigned through the nooks and crannies of Zone C for David Mark to retain his seat. He convinced people to give him another chance even when it was clear even by then that the people had become disenchanted with him.”

Engr Abounu expressed confidence the APC senatorial candidate, Daniel Onjeh will emerge victorious and called on Sen. Mark to withdraw from the race or face disgrace at the polls.

” He knows it is impossible to deceive the people forever. This is accountability time. Onjeh is ready for him at the polls.” He concluded.

The Benue South Senatorial re-run is slated for 13th February, 2016.

What becomes of David Mark?

What becomes of David Mark?