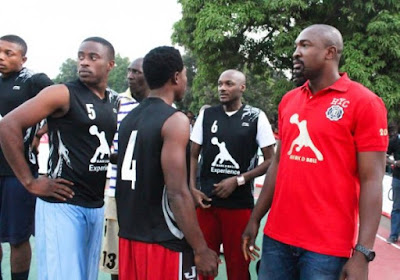 Organisers of the yearly Mark D’ Ball event has come under heavy attack or ignoring indigenous artistes for foreign ones.

The event, which is financed by the former Senate President, David Mark has been described as a ‘wash’ by a concerned indigene, Tessy Okwori for refusing to recognize upcoming talents in Benue zone C, which is commonly called Talents Base of the Nation.

Findings by the newspaper show that, last year, only Terry G and Tuface were the top entertainers from Benue that were invited. Stars like, Imelda J, Enenche Comedian, Monica Ogah, Blackface were ignored.

Irked by the development, Okwori in a letter bombed the organisers for ignoring home-made talents.

For so many years I’ve watched and observe these annual events closely and I’ve come to realise that you organisers ignore Idoma Artistes,you rather pay millions of naira to non-idoma artistes,year by year, You just pick 2face and Terry G and the rest is history,there are so many other talented young idoma artistes that are making idoma proud even to the extent of winning MTN project fame.

Yet yearly you ignore these artiste or pay them peanuts to perform,I understand the need to bring superstars to promote your shows but at the end of the day you are not encouraging your own young and talented indigenous artiste.

@#Markdball2015 You invest in idoma basket ballers,why can’t you use same medium to encourage our young artiste? ,why must they fight or struggle yearly to have the chance to perform when u pay this non indigenous artiste millions and give them the presidential treatment.

I Urge you the organisers of these yearly idoma events to give more respect and opportunity to our indigenous talents.They say charity begins at home,so let’s begin to look inwards and develop the idoma entertainment industry.I look forward for an improvement these time around.Thank you and God bless.