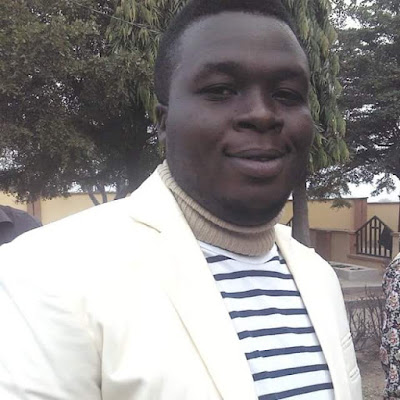 According to a friend, Ahile Terenzo: Details of the young man who was shot opposite Benue state university second gate reviewed.

It has been reviewed that the student who was shot opposite the Benue state university second gate last night goes by the name Eugene Madiba BobbyPhil Kene.

He is the first child of Mr and Mrs kene, and attended st James junior seminary yandev. Until his death he was a final year student in the department of library and information science at the Benue state university.


He was also a parishioner at the holy ghost parish makurdi. A computer analysis with sunny Chris ventures. He wasn’t known to belong to any cult group. But was a struggling young man who believed in hard work.

How two pensioners slumped while protesting in Makurdi

Why we are yet to appoint new Tor Tiv - Ortom