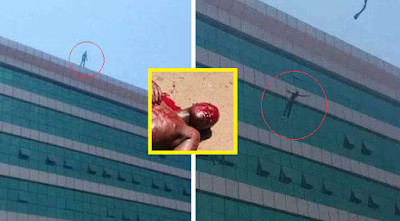 A former Chaplain of Aso Villa Chapel and General Overseer of All Christians Fellowship Mission, Maitama, Rev. Dr. William Okoye, has expressed concern over the hunger and poverty in the country, which he said had worsened cases of suicide.

He warned that if urgent steps were not taken by the Federal Government, the rate at which people commit suicide because of poverty and hunger could increase.
According to him, government should listen to the voice of reason and immediately embark on the processes for restructuring the country in line with calls from citizens.
Okoye expressed this during an interview with journalists in Abuja after a message entitled: “The need for a social and cultural security safety net.”
He said, “Yes, Nigeria is in a serious problem now; people are dying and killing themselves because when they come to the end of the road and they don’t have anybody to support or encourage them, they think that the best option is to give up by just killing themselves.
“It shouldn’t be happening in our society where we have responsible citizens; we should reduce that (suicide). We can’t be talking about government, government and government.
“The government has its roles to play but we all as individuals should also have our roles to play and when each of us take responsibility to play our roles in our own little ways and corners, those things add up to bring the stability we believe God for.
“I read the newspapers everyday and I watch news everyday. And not only that, there are many that you cannot capture because of where they happen. There are a lot of that (suicide) happening and if nothing is done as a way of intervention, which is one of the reasons why we decided to do this, the rate will increase.
“Even if it is one person that will be saved as a result of this message, it’s worth it. But we are praying and doing whatever we can do to see that we get out of this as soon as possible.”
He suggested that the government should respect the demands for the restructuring of the country.
“I believe that Nigeria should be restructured, I believe that, and a lot of well-meaning and respected individuals in our nation, have said the same thing and any government that is responsible should listen to the people. The nation needs to be opened up so that people don’t suffocate.”