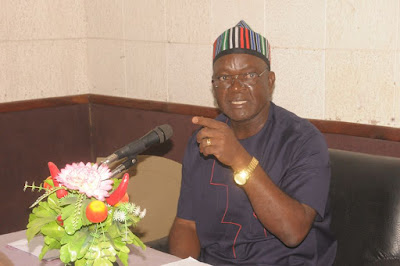 Governor Samuel Ortom of Benue State has approved the sum of N400m for the payment of pension and gratuity to civil servants in the state.
Speaking when he received the national leadership of Benue State University Alumni Association at Benue People’s House, the governor explained that N200 million would be paid to pensioners from both state and local government levels every month.
Ortom said the paucity of funds necessitated the state government to use part of the budget support fund from the Federal Government for the purpose, adding that the Benue budget support fund was N1.3 billion and N1.1 billion for three and nine months respectively.

“Federal Government decided to approve the option of budget support fund because conditions for obtaining loans from the Paris Club and IMF were too stringent for the country and added that at the last national economic council meeting, it was agreed that Nigeria should diversify its economy through agriculture,” he stated.