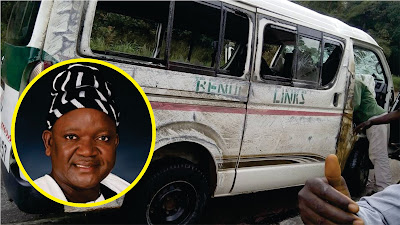 According to DAILYPOST…
Benue State government under the leadership of Governor Samuel Ortom has allegedly concluded plans to lay off no fewer than 200 workers of the state-owned transport company, Benue Links Nigeria Limited.

This is due to the inability of the state to pay staff of the company salaries for over nine months.
The state governor has been battling to pay civil servants’ salaries in the state since he took over power, despite collecting several loans and bail out funds from the federal government.

According to the insider, many drivers had abandoned their job since it became obvious that the governor was not willing to pay.
His words, “As we speak, we only received salaries thrice since Ortom assumed office. He doesn’t care if people exist here. Many drivers have left the job and the worst thing is that he is planning to reduce workers. As we speak, over 200 workers have been penned down for retrenchment.

“The maintenance culture right now is poor. Most of the buses, especially the ones plying within the state are old and there’s no plan in sight to acquire new ones,” the source added.
Our reporter observed that the struggling company took off in Feb 1988 with an initial fleet of only 10 buses offering transport services within the state.

It grew and expanded across the country, thus, by late 2000, it purchased over 20 Marcopolo buses to boost its operations. However, checks recently show that most of the vehicles have been abandoned due to poor maintenance culture.

Efforts to reach the Chief Press Secretary to the governor, Terver Akase could not yield any positive result as his phone remained perpetually switched off.
For Advert: Call 08171607004, 09058228464 Follow us on Twitter @idomavoice, @idomanews Send us releases at idomavoice@gmail.com

BREAKING: Container traps many to death in Lagos