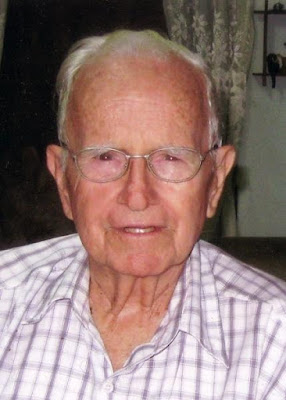 IF THE BOOK ‘Dibble’ is to be rewritten as a Nigerian fable, it would best be crafted as an allegory and the central character could be aptly symbolised by a dove. To his followers, he is both a hero and an oracle.
By Shakespearean castes of great men—“some are born great, some achieve greatness, and others have greatness thrust upon them”—Dibble is three times qualified. His greatness is as elevated as to compare him to the biblical Moses. On April 22, 2014, in Ika, the fable of the American-Nigerian ‘dove’ came to an end when Dibble went the way of all mortals. What can we say in tribute to this wonderful Spirit-filled man of God?
It would unfair, not to honour a man, who has given his whole live into the service of gospel of our Lord Jesus Christ here on earth. To many, he was an apostle. To others, he was a teacher. While some equally see him as interpreter of the word. Whatever it may be, they are right, Spen was an legend. John Spencer Dibble, leader of the Assemblies of the Lord Called Ones (ALCON) otherwise known as Ugbolojo is a hero.
A selfless shepherd in God’s vineyard Over seven decades ago, he journeyed with his father, the late Raymond T. Dibble to the shores of Nigeria as missionaries.
Having landed in the oil-rich Nigeria, many  had expected them to settle in  a city like Lagos that has at least US like facilities where he came from, so that life would be comfortable for them. But they did the very opposite, shocked many when they went and settled in Ika, a remote village in Ankpa, Kogi State. But today, the story has changed.
Ika has been transformed and developed, now enjoying the distinction as the headquarters of ALCON and thus many souls have been won for God. Raymond passed on several years ago, and had transferred the mantle of double portion of anointing to Spencer who the world is celebrating his glorious transition and the heavy impact on the lives of many. Spencer J.Dibble was a humble servant of God.
A man of the Scripture. His kingdom-focused sermons have turned thousands to Christ. Until his glorious exit, he erected a Bible School in Ika Kogi State, where thousands have been trained as ministers of the gospel. And many are still rushing in for the dig-dip style of the school of theology, which is know for its systematic and expository word of God.
He extended his humanitarian milk of kindness to many people, spiritually and physically. There is a health centre under his ministry  with  low bill that has been meeting up with the challenges of the sick. Spencer has toured most all villages and Town in Nigeria during his life time spreading the good news in all nook and cranny of the Country.
His ability to communicate and preach eloquently in Idoma, Igala, Basa, Ebira, Igbo and many others stood him out and made him reach easily to people with or without translators.
He was a Nigerian ‘Man’, who could lodge anywhere in darkness in the absence of electricity for gospel sake. He saw himself as one of the brethren. Humility was his middle name. He did not raise his seat above any of his ministers as the leader.
He never wanted to be addressed as General Overseer, Superintendent or Bishop, but rather chose to be addressed as Mr. Dibble or Papa John (His son’s name). Saying that it is not in line with the early Church, that only Jesus Christ who is the founder of the Church is qualified to be addressed as the General Superintendent or Overseer.
Many have testified that he did not blow his trumpet; rather his humility and hard work lifted him. He did not strive to write his name in the golden pantheon of honour but his achievements did.
It was a life well spent. The world has chose to celebrate his ‘death’ instead of mourning because of the holy life he had lived here on earth, which confirmed that he has gone to be with the Lord.
His life was a source of inspiration and worth emulating. To further confirm that he was really one of us, he had instructed his family and the Church that, he must be buried right  here in Nigeria, precisely in Ika via Ankpa after his demise.
And today, his remains were already in the sand of Igala speaking area of Kogi State. It could also be recalled that his wife who passed away some couple of years back was also interred in Ika the headquarters of their Church.
Spencer was survived by two sons, John and Mark and a daughter. But currently none of the children is ready to succeed the father. The reasons are not unconnected with the nature and low life of the area where the headquarters church and some of their father’s investments are situated.
But the church is praying seriously to God for another humble and anointed leader that will follow the footprint and vision of Dibble that will lead them to promised Land. For Dibble, it is all’s well that ends well.
Written by Ameh Jerry