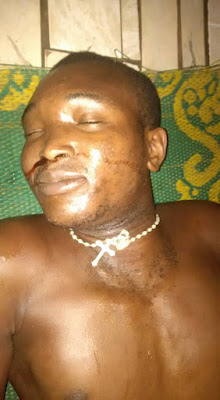 The Special Anti-Robbery Squad, Benue State Command has been accused of beating a 400 Level student of the Federal University of Agriculture, Makurdi to death.

IDOMA VOICE gathered that the victim, whose identity was given as Samuel Chimezie Emeagwa, was until his demise studying Animal Breeding and Physiology in the institution.
An eyewitness said, the deceased died as a result of the beatings he received from the policemen.
According to the source, who gave his name as, Ukan Kurugh, “Emeagwa sat somewhere around High Level sucking oranges with his friends and left afterwards but not too long remembered that he forgot his phone so went back to pick it with his friend but couldn’t find and made a call to his phone using his friends phone then his own phone rang in the pocket of one of the guys there.
“He got angry and started beating the boy (petty thief) and the guy ran and called SARS who arrested Chimezie with his friend and tortured him till Sunday evening when they discovered the boy was loosing it, then used his phone and called the father to come bail him.”
He was taken to a nearby hospital but confirmed dead by the doctors. 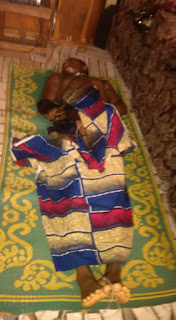 Ukan gave the name of the officer who arrested and led the team as Sunny Adanu aka Undertaker.