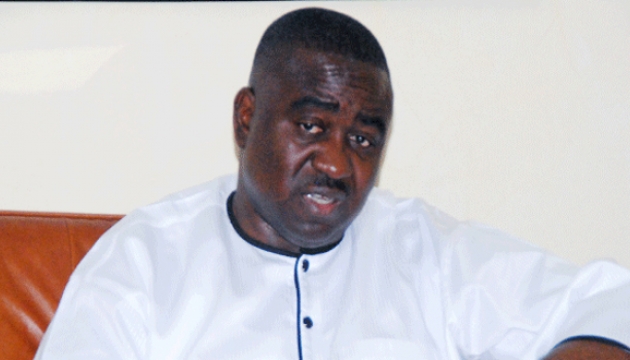 According to Naij.com: President Muhammadu Buhari has sworn that as commander-in-chief, he will see to the end of corruption.

Within the course of last year, a couple of prominent Nigerians were found to be part of some very hideous crimes (mostly financial).

These top-shots in the society have been charged on various counts, their cases are still pending in the various courts and one can only but fear that if their defence does not hold water, then they might be headed to jail in 2016.

Here are five prominent Nigerians who need to have very strong advocates as to ensure that they do not end up in jail this year.

1. Lamido and sons
The coinage “Lamido and sons” sounds like the name of an enterprise, however, it refers to the former Jigawa state governor and his sons (Aminu and Mustapha) who are accused of fraud and were remanded in prison custody in Kano till September 28, 2015.
Aminu Sule Lamido had earlier been arrested on his way to Cairo, for failing to declare $50000 which he had on him.

Further investigations went on to show that the former governor and his sons had funneled into the accounts of companies owned by the family, billions of naira from the Jigawa state treasury.

Till date, over N10 billion remains unaccounted for. According to the Vanguard, the EFCC has tendered evidence against Lamido and sons. The case still lingers on as the ex-governor and his sons are still answering to an amended 27-count criminal charge bothering on corruption, money laundry, breach of trust and illegal diversion of funds.

2. Gabriel Suswam
The immediate ex-governor of Benue state was arraigned by the EFCC,  before a court in Abuja on Wednesday, November 4. He was charged with with fraud totaling over N3billion.

What seemed a mere baseless accusation tends to have gathered momentum, as Janet Aluga, the Benue government house accountant has disclosed that she took millions of naira to the ex-governor’s lodge in Makurdi. Aluga noted that she took the sums to him from the ministry of finance, without following due process.

Channels TV reports that at a hearing of Suswam’s case on Tuesday, December 8, Junaidu Sa’id the prosecuting witness and a detective with the EFCC, said an investigation by his team revealed that the ex-governor requested that shares owned by the Benue Investment and property company be sold off to the sum of N10billion.

A Federal High Court in Abuja, has earlier granted the embattled ex-governor bail to the sum of N100 million with one surety who is not less than a director, grade level 12.

Suswam said on Wednesday, December 9, that he is ready to face the EFCC, but disclosed that he will not appear before a probe panel that was set up in Makurdi.

The people of Benue state and indeed Nigerians will be keeping an eye on the Suswam case, to know what the final verdict will be.

3. Colonel Sambo Dasuki
He is the embattled former National Security Adviser to the immediate past president, Goodluck Jonathan.

A committee set-up by President Muhammadu Buhari to probe into an alleged embezzlement of $2billion supposedly meant for the procurement of military wares; found Dasuki liable to answer for certain misappropriations.

On Tuesday, December 1, Dasuki was arrested for allegedly stealing the $2billion, he was further accused of awarding phantom contracts to buy 12 helicopters, 4-jets, and ammunition meant for Nigeria’s military campaign against the insurgent sect- Boko Haram.

Dasuki has ever since his first arrest the DSS been in and out of custody, with his arrest leading to a series of unprecedented revelations. Interrogations have led to the naming of other prominent Nigerians who tasted of the pudding.

The former NSA remains in custody, though he has attempted giving a breakdown of how the missing funds were spent.

An Abuja High Court has granted bail to the ex-NSA and four others, but they will be remanded in prison until their bail conditions have been perfected.

Dasuki and others have pleaded not guilty, but you can be sure that the last is yet to be heard of this case that threatens to shake Nigeria to the root of its foundation.

4. Attahiru Bafarawa
Attahiru Bafarawa, a former governor of Sokoto state, is also one of the accomplice reportedly mentioned by the former NSA.
This former Sokoto state governor’s case is linked to the Dasukigate. Though he has maintained that he did receive any piece of the “national cake” that was shared, still, Bafarawa has a case to answer for.

It would be recalled that the ex-governor was named as one of the beneficiaries of N100 million shared by Sambo Dasuki.
Bafarawa is one of the four people which the EFCC has been probing. Despite the duress of the antigraft body, the ex-governor of Sokoto has sworn to stand by Dasuki and will not abandone the ex-NSA in his trying times.

5. Dr Haliru Bello Mohammed
Bello Haliru Mohammed is also named as an accomplice to the alleged theft by Sambo Dasuki.
The Dasukigate arms deal has this former PDP chairman and ex-defence minister in its web.
Haliru Mohammed and his son- Abbah, are to be prosecuted for their alleged participation in diverting funds meant for procuring arms.

According to Premium Times, Abbah Mohammed reportedly received N600 for the ex-NSA in the name of Bam properties.
It would be recalled that Bello was former campaign director to Goodluck Jonathan. He is said to be a man who loves bribes. Premium Times reports that the former minister was once indicted by a German court.

Bello was due in court on Wednesday, December 30, however, the hearing was stalled due to ill-health.
It is pertinent to note that the Peoples Democratic Party (PDP), has said the party will disassociate itself from anyone involved in the theft of the $2.1billion arms deal.

President Buhari has said he will stop at nothing to ensure that Nigeria gets back all that has been stolen from the nation’s coffers. The president’s antigraft campaign is still ongoing, with the Judiciary having a key role to play. There are numerous cases still undecided in court, however, Nigerians are eager to know the outcome of the case highlighted.

The stakes are very high and all those linked to the alleged crimes reviewed, can be sure that if they are found guilty, they will be made to pay dearly, as the federal government has vowed to set up a formidable legal team to take on the war against corruption in courts across the country.

EXCLUSIVE! David Mark promised to hand over to Young Alhaji in 2019 - Insider