Suswam: Udende denies involvement in the arrest of Wombo, others

Suswam: Udende denies involvement in the arrest of Wombo, others 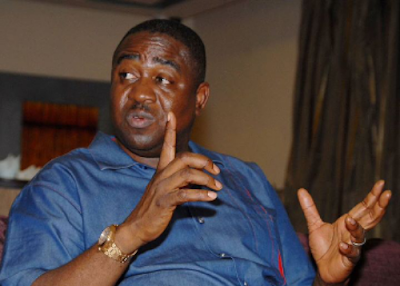 The All Progressives Congress (APC) member representing Katsina Ala, Ukum, and Logo at the National Assembly, Emmanuel Udende Jika Tor Dwuem, has distanced himself from the arrest of key members of former Governor Gabriel Suswam administration by security agencies over alleged corruption.

In a press statement signed by his media aide, Jerry Iorgen, Hon. Udende said his duty as a lawmaker is to make quality laws for the good governance of Nigeria and not to tangle with the affairs of governance of a state.

He stated that the arrest of key members of Suswam administration was a result of recommendation by Justice Kpojime Commission of Inquiry, of which he is not a member.


Udende advised those who are under arrest to prove their innocence, rather than apportion unnecessary blame against him.
The deputy chairman, House Committee on Police Affairs, advised his supporters and members of his constituency to disregard the said rumours.

It will be recalled that men of the Nigeria Police Headquarters Abuja with operatives of the Economic and Financial Crimes Commission (EFCC) stormed Makurdi and arrested over six key members of former governor Gabriel Suswam administration and whisked them away to Abuja for interrogation over alleged corruption.