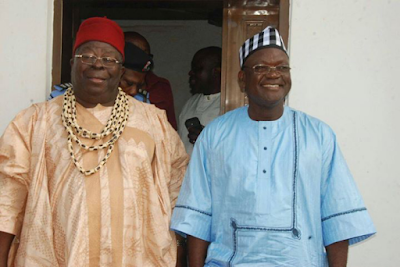 Benue State Governor, Samuel Ortom has explained the delays in the appointment of a new substantive monarch for the Tiv nation.

Recall that the last Tor Tiv, HRH Dr Alfred Akawe Torkula passed on late last year, and since then, there has been no word concerning his successor which has sparked verbal criticism of the state government from the public including former Governor, Gabriel Suswam.

Suswam alleged that the delays were as a result of forces in the present administration trying to twat the process for their selfish interests.

Responding to the comment, Special Adviser to the Governor on Media and ICT, Tahav Agerzua said unlike the Ex-Governor who tried to make his kinsmen chiefs, Governor Ortom has no interest in who becomes the next Tor Tiv and was only ensuring that due process is followed.

“Governor Ortom has no relation in the race for any stool and is only committed to ensuring due process and the rule of law in the appointment of a new Tor Tiv and other chiefs.” He said.