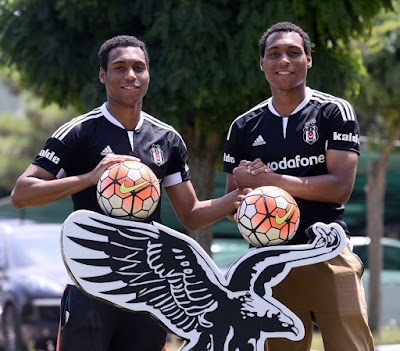 20-year old twin sons of Daniel Amokachi have been training since early May with JS Hercules in Oulu. Now they are set to follow their father’s footsteps in the big football world.

Father of the youngsters and JS Hercules head coach Daniel Amokachi played 77 matches for Besiktas in the end of 90s, in which he struck 19 goals. During his time in Turkey Amokachi become a cult figure among the fans winning hearts across the country and even among the supporters of other clubs. His sons performances will be followed with great interest by Turkish football lovers.