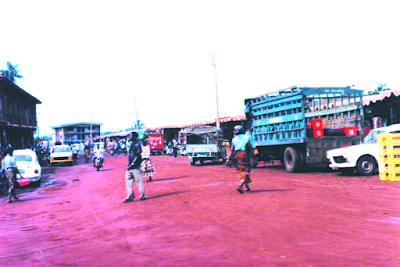 Drama ensued in Jericho, a highly populated street in Otukpo area of Benue on Tuesday as residents of the area chased away contractors, who came to give the street ‘a new look’.
Former Senate President, David Mark had flagged off the reconstruction of five street roads in Otukpo.

They include, Ajene, Jericho, Otukpa, Bookshop Road and Chief Entina Road.
The project, which was flagged off on December 1 was expected to reach completion before Christmas day.

However, drama ensued on Tuesday when the contractor arrived with his equipment to commence work but residents of the street converged and asked him to quit.

The enraged residents anchored their reason on the ground that they were tired of seeing abandoned project in the street, saying that they preferred the worn out road which had been abandoned for years.

An eyewitness told our reporter that when the contractor tried to resist the order, some angry youths threatened to beat him up and confiscate his tools.
“He was forced to quit as the people were not ready to let him start the project,” a resident said