The water purifier was installed on Sunday 25th September, 2022 at Wadata, Rice Mill Area in Makurdi, the state capital. 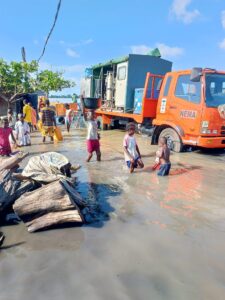 Dr. Shior, who was monitoring the exercise, stated that the water purifier was to keep the water clean from the contaminated water that accompanied it from the Lagdo Dam to be taken by the victims.

The Benue SEMA Boss urged residents to evacuate to higher grounds to prevent them from any possible disaster.

The representative of National Emergency Management Agency, NEMA, Mr. John Digha said the water purifier machine has filtration and reverse osmosis (purification system) which heats and purifies water of about 2000 litres per hour. 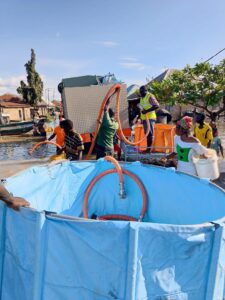 The flood victims who came out in their numbers to fetch the purified water applauded the government for the prompt response.

The water purifier machine would purify water in various flood affected areas across the state.