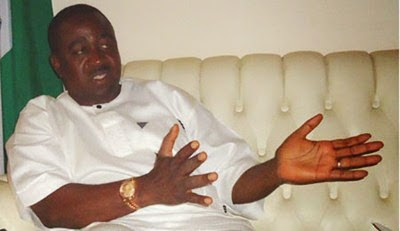 In a clear show of power, Governor Gabriel Suswam of Benue State has appointed six first class chiefs out of ten earlier proposed.
His action is contrary to the earlier verdict of the Benue State High Court presided over by the Chief Judge, Justice Iorhemen Hwande, restraining the governor and eight others from appointing first class chiefs in the state.

DAILY POST reports that the Chief Judge ordered the respondents through their agents from giving effect to the Benue State Council of Chiefs and Traditional Councils Bill/Law passed by the Benue State House of Assembly on 7th April, 2015 pending the determination of the motion on notice.
He also restrained the respondents or their agents from appointing or taking any step towards the appointment of any person to the office of the 10 proposed 1st class chiefs in Benue State or such office by whatever name called.

However, latest report has it that the governor, who has no fewer than 25 days to vacate office, has confirmed the appointment of six first-class chief.
Several Benue natives, including the incoming government led by Dr. Samuel Ortom had had kicked against this proposal but the governor is not bothered by the outcries.

Secretary to the Tiv Traditional Council Mr. Torsar Shinyi, while announcing the appointment of the new top monarchs in a statement noted that the selection of traditional rulers was based on the provision of the law saying they have merited the positions.

When DAILY POST put a call across to the governor-elect, Samuel Ortom, who just returned from China, he could not be reached for comment.

Fulani crises will be tackled in six months – Ortom

Fulani crises will be tackled in six months - Ortom