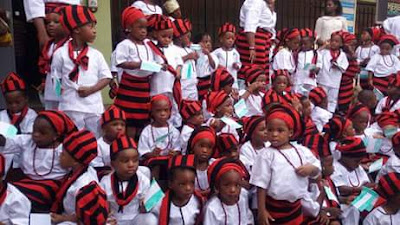 Introduction
On professional standard, I consider myself not competent enough to address the above topic but ethics, morals and my educational standard compel me to bare my mind on the topic – “An Idoma Nation, a right and the challenges of Nationhood”.
I choose to embark on this academic excursion as a result of my passion and obligation to the Idoma youths, appreciation of the founding fathers’ enviable protection of our culture, tradition and moral standard and above all to critically examine the past, present and the future of the Idoma race.

Majority of the Idoma speaking people are in the present Benue state of Nigeria. They are predominantly farmers of high reputation. Culturally, the Idomas are proud and jealous of their cultural heritage.

Conclusion
Every son and daughter of Idoma has a sovereign right to uphold the Idoma culture however we should be mindful of the challenges and effectively plan on how to overcome them. Getting a nation is one achievement but sustaining it is equally important. The challenge that faces every Idoma child (child, youth and old, rich or poor) is that as he or she goes out to face multitudes of Idoma children, amongst them amidst the stumbling and fumbling may be Newton or Einsteins, Obamas, and Darwins of tomorrow. Idoma nation is potentially great, but kinetic force is required for national emancipation. Unity generates knowledge and knowledge generates power, but knowledge resides only in the minds of men/women who first must learn and be taught, and power is tyranny unless guided by insight and wisdom, justice and mercy.
By Dr. Stephen Ochefu Alapa
(Umogidi–Entekpa Ward, Benue State)
National Commission for Colleges of Education, Garki, Abuja