#IdomaVoiceSearchlight: Where is Dr. Jerry Agada?

#IdomaVoiceSearchlight: Where is Dr. Jerry Agada? 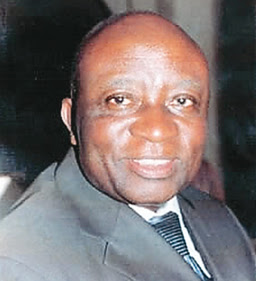 “Please, who knows the whereabouts of Dr. Jerry Anthony Agada. I hope he has not returned to Orokam to tap palm wine?”

This was the exact question of a concerned indigene on Facbook recently. Pinched by this question, Idoma Voice decided to beam its searchlight on the former Minister For Education (State) Dr. Jerry Anthony Agada.

Until his sudden disappearance from the public scene, Agada was one of the many Idoma natives who believe in the monarchial leadership style of former senate president, Mr. David Mark.

The last time Agada made any public speech was during an interview with a northern-based news outfit where he affirmed that anyone opposed to Mark’s fifth term ambition is an enemy of the Idoma kingdom.

Agada, who once led the National Association of Nigerian Authors, in 2007 gunned for the Benue State gubernatorial seat but lost the ticket to the eventual winner, Gabriel Suswam whose tenure came to an end last month.

He was subsequently appointed as a minister into the then President, Umar Musa Yar’Adua cabinet but was fire before anyone could say Jack Robinson. He was elected President of ANA few years later.

Following his exit from the office as ANA’s president, Agada literarilly vanished from the public domain. Findings by the newspaper show the Aroji Summit convener hardly appears at public functions lately.

Some say things are no longer rosy for him following his ouster from political terrain. However, close pals claim that the Magic Year author has gone back to his first love -writing.

Agada has written several books, among which are: The Magic Year (a collection of poems) in 2000, The Successor and among others.

However, his days as the leader of the Nigerian literary society, was as silent as the graveyard as nothing much was heard from this Orokam-born pen master.

Like the poster posted, ‘we hope he has not returned to his home town in Orokam to practice what his forebears left behind.

We still ask: Where is Dr. Jerry Agada?