by Idoma Voice
in idoma music 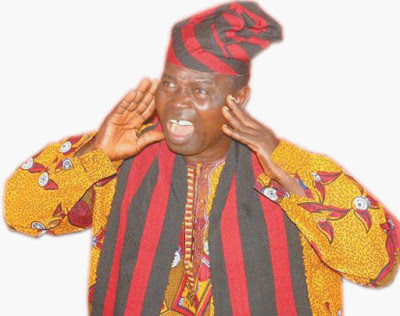 Popular Idoma gospel music legend, Peter Owoicho Otulu has a burning desire.
He wish as a music minister is to feature two Idoma prominent musicians in one of his songs before he finally drops the microphone.
“I’ll love to feature Tuface Idibia and Chris Morgan before I die,” this is the musical wish of this legendary chorus leader.

Otulu, in a recent chat with Idoma Voice also revealed how he nearly lost his voice after a serious attack early this year.
Hear him, “I had an attack on the 27th of January this year (2015).
According to him, he mounted the stage to perform but could not due to the magnitude of the pain inside his osephagus.

The Opechi crooner said he went to different hospitals, the likes of Ear Nose and Throat (ENT) in Lagos, also to the National Hospital in Abuja, in search of solutions, but they found nothing.
He also sought spiritual helps from Prophet T. B. Joshua of Synagogue Church of All Nation, Lagos who prayed for him.
On another occasion, Dr. Paul Enenche of Dunamis International Gospel Centre prayed for him, handed him the microphone to sing, but the pains persisted.

After that encounter, hear what he has to say, “It was about three (3) weeks, after that day, and Paul Enenche came to me in my dream and asked me saying”, “Evangelist Peter Otulu, so you can’t sing till now?” “ I answered no, I can’t”.
“What happened next turned my life around.”

He continues, “Paul Enenche gave me the microphone in that dream and said to me, take the microphone and sing. The following day, my voice was ”.
“I just want to thank everyone for standing by me and praying for me to stand back on my feet ones again”. My sincere gratitude goes to Barr. Obla (SAN), Mr. Austin Abah of Lagos, just to mention but a few, for their help and to all children of God.

I appreciate TB Joshua, Paul Enenche and everyone for their prayers. Am glad to be back to sing again After 8 months.
Some burials have been kept on hold because they gave instructions before passing on that I must sing at their wake keep.
On how he fans felt when he broke down, he recalled, “the whole Idoma land was weeping and praying for my recovery, and I thank God for restoring my voice.”  Now the devil has been put to shame,” the elated legend told IDOMA VOICE.

Speaking on his next album, the singer who boasts of 75 albums said, “Well, my plan for the album is to unveil it some time around November
Recalling his musical foray, the down-to-earth music minister said, “I released my first album in 1976, the title was “deep your finger into the nail hole in Jesus’ hand” the message ws, “to walk with God, you must be ready to carry the cross”.

The latest is entitled, “ Respect”, the message is “to give honor to whom it is due”. The background is from the book of Romans chapter 7, and other references was also used in the album. The one I’m about to unveil in November is entitled, AGENEGENE”  meaning THE EX ELLENT GOD IN HIS EXCELLENCY.
On why he doesn’t feature other local artistes in his songs, Otulu has this to say.

Asked about his alleged planned gospel collaboration with Tuface Idibia and Chris Morgan, he said, “Well, be assured that I am yet to conceive that in my heart. I don’t know if Tuface has that in his mind, but I have not conceived that yet, it would be nice though.

It would be a great joy to sing and praise God with Morgan and Tuface as a father of Idoma gospel music in Idoma land, I would love for that to happen before I leave this planet earth. But by classification, they are not in same class with me.
“They are in a higher class than I am.

This is because I make local music and they make great classical music. I use local instruments and they use sophisticated ones. I play for the local Idoma man, they play more like for the whole world. They are covering a wider range than I am.

But if they make it possible to sing praises go God along side me, I would love it so much On number of gospel ministers his music school has churned our, the father of five said, “they are about 36 of them for now and still counting.