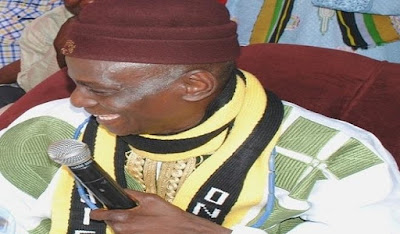 Leaders of the Igala community in Kaduna have dethroned the Onu Igala Kaduna, Chief Joseph Daikwo, on the accusation of failure to consult widely and extensively on general issues affecting his members, as well as violation of relevant sections of the community’s constitution.
A communiqué issued at the end of the meeting which decided the dethronement, jointly signed by the President and Spokesman of Igala Community in Kaduna, Prince Ojonuba Iboyi and Alhaji Abdul Tahir respectively, alleged that Chief Daikwo always acted in unison without due regard to the other organs of the community, and appointed Alhaji Mohammed Ogbo Abdullahi as the acting Onu Igala.

When contacted, however, Joseph Daikwo described his dethronement as ‘joke of the month’; saying the signatories to the communiqué were not members of the community. “They are mischief makers who are trying to cause confusion. It is not possible to dethrone an Igala chief in Kaduna without the consent of Atta of Igala and the true Igala community is strongly behind me,” he said.

Meanwhile, the representatives of local government association chairmen, area/ward meeting chairmen, sub-chiefs, patrons and council of elders/board of trustees who attended the meeting decried the prolonged leadership tussle in the community; saying, the crisis had deeply affected the general welfare and progress of all Igala people resident in Kaduna.

Glory of His Majesty Church’s bus involved in accident (PHOTOS)