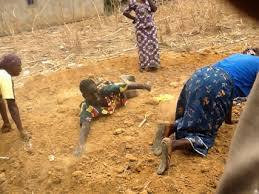 He insisted that they were the persons behind herdsmen killings nationwide.
Waku accused MACBAN of making “provocative statements” before the January 1 attack.

He accused the cattle breeders of vowing to disobey the Benue anti-open grazing law “even before it was promulgated.”

Waku lamented that MACBAN leaders have already stated that “killings in the state were in response to the theft of their cattle by Benue villagers”.

He urged the President to order security agencies to also go after those encouraging the violence, to demonstrate a commitment to securing Nigerians from violence attacks.

“The Federal Government must act swiftly to restore law and order. Clearly, the situation is beyond the state government,” he told NAN.

Ardo had argued that the restriction of open grazing was not healthy for the specie of cattle reared in Nigeria, explaining that the cows “consume a lot”.
For Advert: Call 08171607004, 09058228464 Follow us on Twitter @idomavoice, @idomanews Send us releases at idomavoice@gmail.com