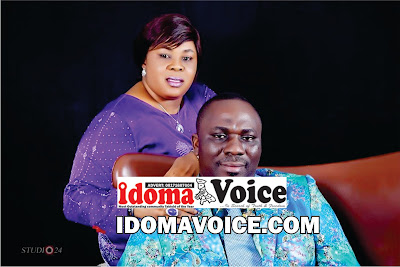 
We did not throw her out, she ran away – Rev Enenche’s family (READ REACTION)

Barely one week after the burial of Rev Sammoses Enenche, the immediate younger brother of Dr. Paul Enenche of Dunamis International Gospel Centre, Abuja, the widow, Anne, has been ejected from her late husband’s apartment.

ALSO READ:  From theatre to the altar: The untold story of Dr. Paul Enenche of Dunamis

IDOMA VOICE exclusively gathered that the woman, who is still mourning her husband who was  buried last Wednesday in Orokam, Benue State was on Tuesday reportedly chased out of the apartment of her husband in Lugbe area of Abuja by some persons believed to be her late husband’s relatives. 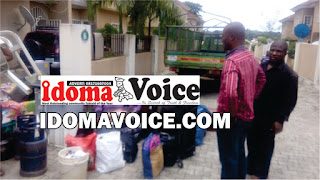 An insider hinted IDOMA VOICE that the people threw out her loads and asked her to vacate the house with immediate effect, without any reason.

They also collected the late husband’s church, Jesus Glory Chapel International from her and asked her to return to Otukpo, Benue State.

ALSO READ: Dr. Paul Enenche almost in tears as he watched his younger brother, Sammoses being laid to rest today in Orokam (PHOTOS)

The late Rev Sammoses, who wedded his wife, a native of Otukpa in Ogbadibo LGA of Benue State in 1993, recently renewed his marriage vow with the wife in an Abuja marriage registry.

“At the moment, the woman is in tears and has been taken to Maitama area of Abuja by a church member,” a reliable insider told IDOMA VOICE.

Efforts to speak with any member of the Enenche’s family could not yield fruit at the moment. 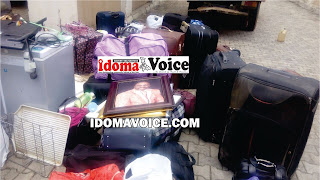