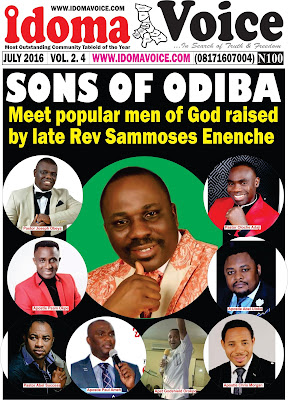 No doubt, the sudden home call of God’s General and Apostle of the Most, Sammoses Odiba Enenche came to many as a rude shock, especially his teeming followers and spiritual sons.

To many, he was a mentor. To some, he was a father. To others, he was equally a teacher and hero.
Odiba, as the fire-splitting preacher was fondly called passed away after working gloriously in God’s vineyard for decades on July 21 in Abuja.
No doubt, many younger and vibrant preachers from the Idoma enclave today passed through the ‘Odiba Prophetic’ arms.
His ministry, Jesus Glory Chapel International back then was like a ‘Pilgrimage Centre’ for many aspiring preachers who are today making prophetic impacts in their generation.
Today, IDOMA VOICE presents to you some top preachers who passed through the prophetic wings of the departed faithful. 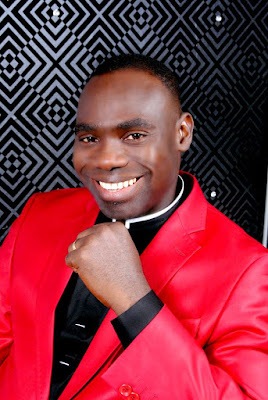 Oloche Adaji (Dunamis Int’l Gospel Centre, Makurdi)
Unknown to many, the Pastor in charge of Dunamis Int’l Gospel Centre, Makurdi was ‘discovered’ by the late Rev Enenche.
Young Adaji was among the team of prayer warriors who pioneered the Jesus Glory Chapel in Otukpo many years ago.
Before he moved to the ministry of the deceased’s elder brother, Dr. Paul Enenche, Oloche served under Sammoses for years before the latter moved to Lagos. 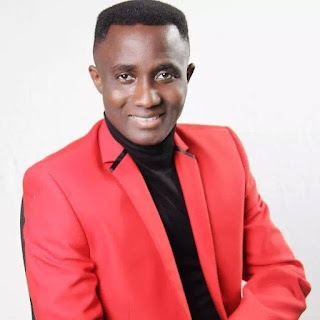 Psalm Okpe (Psalm Okpe of Fresh Oil Ministry)
Apostle Psalm Okpe of Fresh Oil Ministry, Lagos will not deny the influence of Rev Enenche upon his life and ministry. As a young aspiring preacher back in the 90s, Okpe tapped into the oil of Grace upon his father, which has been evident in his fast growing ministry today.
Innosaint Okpe (Tower of Refuge Christian)
The shepherd in charge of Tower of Refuge Christian Center, Innosaint Okpe drank from the prophetic pool of Rev Enenche. He started out under the late man of God.
Chris Morgan (Apples of Gold Records)
No doubt, music legend, Chris Morgan was the first son of Rev Sammoses Enenche. When the late minister decided to move the train of his ministry to Lagos, Chris Morgan was the first choice to go with him.
Morgan started out as one of his chief instrumentalists. Rev Sammoses took him to Lagos where he served as music director of his church for years before God raised him. If the history of Sammoses is to be written, Morgan would surely take a page. 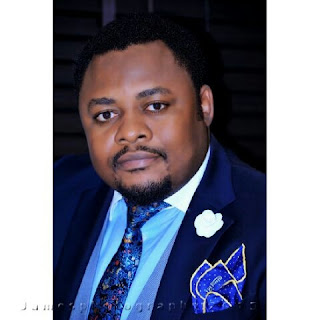 Abel Uloko (House on the Rock, Makurdi)
Abel Uloko of the House on the Rock, Makurdi, no doubt drank from the prophetic stream of the deceased. The outspoken preacher was also among the young men who believed on the grace of God working for his servant, Rev Sammoses many years ago in Otukpo, Benue State. He followed tenaciously until the mantle fell on him.
Peter Adole
Though very young as at then, music minister, Peter Adole recognized the anointing of God on the life of his servant. The singer who is currently in the Republic of South Africa described the late prophet as his father and mentor.
He said, “ 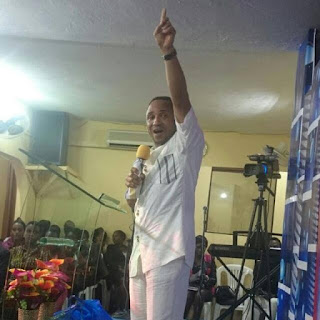 Godshield Orokpo (Praise Court Int’l Church, Uganda)
Call him the right hand man of Rev Moses Enenche and you won’t be faulted. Gospel music legend, Apostle Godshield Orokpo was a strong voice in the ministry of the departed clergyman. In 1992, the late Sammoses gave him a mantle ‘acoustic guitar’ to support his music ministry. Orokpo, who now oversees the Praise Court Int’l Church, Uganda was the chief music director of Odiba’s Jesus Glory Chapel when it started in Otukpo many years ago. He was often called favourite one because of his closesness to the late apostle of the most high.
Here’s how he reacted when he received the news of his mentor’s home call.
“for two days I couldn’t sleep. I am yet to accept the bitter truth that the man who gave out his heart for the sake of gospel is no more. My father is gone! I don’t know how to explain this. Tell me the young man Idoma land today who is in the vineyard that didn’t pass through his prophetic umbrella. He was a man with a large heart. I recall vividly in 1992 when he gave me my first acoustic guitar to support my music ministry. How do I explain this? My joy is that he is currently resting with the father he sent him on assignment here on earth. Papa lives on.”
Peniel Ochoche (Dunamis Int’l Gospel Centre,Benin City)
Like Oloche Adaji, Peniel Ochoche who now heads the Dunamis Int’l Gospel Centre, Benin City was one of the preachers raised by the late Enenche. He was among the young men that embraced the grace of God upon his servant many years ago in the city of Otukpo. 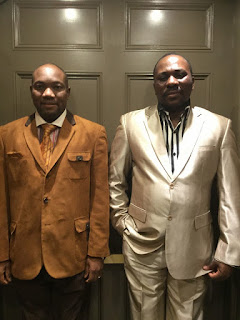 Sunday Udoh (Destiny Chapel, USA)
“This is so sad to believe that My father in the Lord, the man who trained me in ministry and tutored me for 10 years in ministry is gone so soon. We were all together in Philadelphia USA and I never knew you were singing your farewell song “FLY TO MY DESTINY’ the day I stood beside you while you were playing the keyboard. It’s still hard to believe that you have gone. Am still in shock. Rest Well Daddy Sammoses Enenche,” that was the testimony of Sunday Udoh of Destiny Chapel, USA, when the news of his mentor’s demise hit the media. 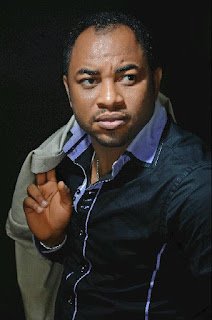 Abel Success
Pastor Abel Success Erebe was one of the first sons of the late preacher. In fact, Pastor Erebe was one of the few persons who started out with the departed prophet back then in the city of Otukpo as a chief instrumentalist. He was his lead keyboardist until the ministry moved to Lagos.
Few years back while in Brazil, Erebe hosted the late prophet in Sao Paulo for days during one of his crusades in his church.
Reacting to his demise, Pastor Erebe who loaded with words described Rev Odiba’s departure monumental loss to Christendom, Erebe recalled with nostalgia, “I was so young in my fourteens on a cozy evening when my elder brother walked in with this gentle, humble looking man in his early twenties.
It was rather strange because of the presence he carried. He invited everyone in my house to his, then a fellowship meeting and funny enough; I was the only one who attended from the invitation.
Soon, he took the microphone and began to sing.
I felt a cloud over me and my next confession was, JESUS PLEASE I WANT TO BE LIKE HIM (odiba) as he was known then, same night I gave my life to Christ and was filled with the Holy Ghost and the whole journey began.
While I served with him as a chorister, prayer warrior and later a keyboardist, the miracles I witnessed, the accurate prophecies that came to pass word for word are too numerous to mention.
That little experience turned me into the product I am today.
Rev. Sammoses Enenche, the news of your death did not leave us with just pains for the lost but also with an eternal regrets.
I read many comments from those who chose to amplify your weakness but please don’t bother looking back at them in a bid to answer.
I and many more of your sons are a product of your strength therefore we shall answer for you… Just like one of your prophetic songs say “for the time is short and things are falling away.
We got to bank in heaven” you left us too soon but I know the Lord will help us understand it better bye and bye! I know you have unlimited account in heaven so therefore enjoy your eternal reward till we meet again face to face! Live on.
Sam Edison (Treasureland Ministries Int’l)
Sam Josiah Edison started out under the Prophetic arms of the Rev Enenche. Youthful Edison was among the young men who were behind the success of the monthly Lagos Prophetic Sound of Abundance crusade in Lagos organized by God’s servant who is now resting with him.
Pastor Edison, now oversees the Treasureland Ministries Int’l, one of the fattest growing Pentecostal churches in Lagos.
Reacting to his death, Prophet Edison said, “To me, Daddy lives on. He is a father with a large heart. My first ministry experience was with him. I served with him for 5 years. He is more than a mentor to me. He is my father. His heartbeat is WORLD EVANGELISM and the unity of the BODY OF CHRIST. His humility is profound! His prophetic ministry is rare. He taught me focus and prayers. I am proud, I belong to that spiritual heritage. Enjoy eternity Daddy!” 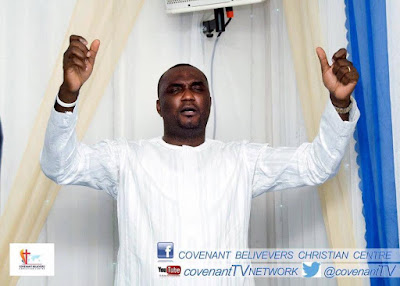 Apostle Paul Ameh (Covenant Believers Christian Centre)
Apostle Paul Ameh was no doubt ordained into prophetic ministry by Rev. Apostle Odiba. Well-traveled Ameh, who now presides over the fast-growing Covenant Believers Christian Centre, Lagos came into limelight under the beloved wings of Odiba.
In fact, Apostle Paul, who was the deceased’s first spiritual son single-handedly anchored all the intercessory prayer sessions of Odiba’s crusades.
On how he felt when he received the news of his spiritual father’s transition, the preaching machine said, “I still can’t believe Daddy is gone. He raised me. Gave me the platform. Papa is not dead, he lives on.”
Fred Oguche (Army of God Ministries)
Despite coming from a military background, Apostle Fred Oche Ogwuche embraced Christ at the tender age of 9.

The Deliverance Minister and Prophet with unusual demonstration of God’s Power through ministration who lead the Army of God Ministries was nurtured by the late Rev. Enenche.

Ogwuche, started out as a prayer warrior and evangelism member under the mentorship of the departed minister in Jesus Glory Chapel, Otukpo in the extant time. 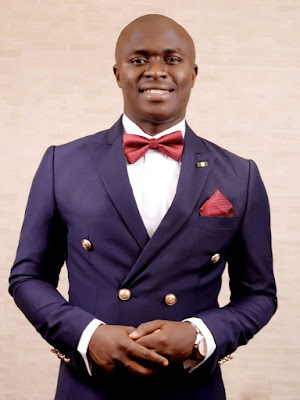 Jesus Glory Chapel Makurdi was the first place I ever anchored a program. I was living at 26 Off Katsina – Alla street, directly behind the church.

Throughout my stay in Makurdi, I worshiped at Apostle Victor Atokolo’s lead Word Afflame Family Church.
In 2005, I began to have this strong urge for prayers, Bro Emmanuel Shami was the one holding keys, I would go to beg Emma, in company of Paul Abutu Egene to open the door for us to pray.

This was going on, when Pst Segun, Austin were resident pastors at different time.
Pst Austin left for South Africa, and late Pst Beatrice Adams (brother to Amik Adams) came as resident Pastor.
Pst. Beatrice got captivated by our hunger for prayers and took it to the next level. We started praying 7-8AM and 10-11PMdaily, except Sundays.

It was one of the morning prayers, very close to the choir corner that I sensed this heavy urge from inside and tongues began to roll… for days I was boiling.

Shortly after this encounter, I began comedy…and since then Holyspirit Has been my inspirational source.
My pain is that I never celebrated this when Rev. Sammoses was alive… Please God, forgive me.

Pictures from the burial of Bishop Emeritus of Makurdi Diocese, Rev Athanasius Usuh