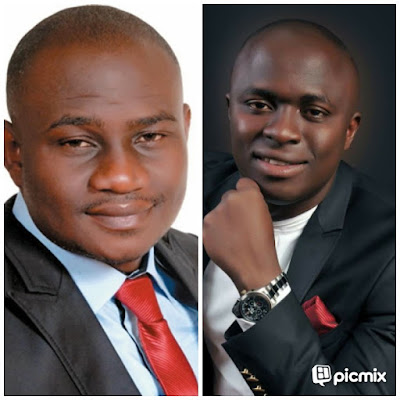 Ayinem!
Today, our dream of freedom, fairness, equity and justice has translated into calories that would fuel our hope and faith as we abandoned our homes and businesses to register our names on this ‘golden book’ of posterity.

Thank you for answering this great call. I am mindful of the sacrifices involved and appreciate each and everyone of you who defiled the hot sun to wait patiently to have a glimpse of how hope and faith looks like.
My name is Comrade Daniel Onjeh. I stand here Today to address you, not as a Master nor a Bulldozer, but as one of you.
Your prayers and Goodwill made this day possible.

I came here not with Naira or Dollars to give to you, you are so priceless that no amount of money can buy your conscience.
I didn’t come here today with rice and salt, but I am here today for us to fashion ways on how Otukpo Rice Mills can come back to life once again.
Once upon a time, Idomas were so united, it was this United Idoma spirit that inspired me to travel from Orokam to Upu-London, in Otukpo here to pay a dowry, a marriage that produced two children.
Once upon a time, Otukpo had functioning streetlights, business activities were blooming at Rice Mills, woods were coming in and out of depots, but today the story is different.
Once upon a time, Ochi Doma’s Palace used to be the pride of Idomas, but today, what do we tell the world is responsible for the poor state of Ochidoma Road, the same road that Otukpo  Local Government allocations ply on to its Secretariat every month.
Once upon a time!  Once Upon a time!!
This is the dream that propelled me home, this is the dream that inspired me in 2011 to come home with posters to tell a people that e’yi lenya.
It has been a long journey, it took several nights before the break of this day.
Tell Mr Ngbede who travelled from Agatu to Otukpo General Hospital, but caught up in the web of poor medical facilities, not to give up…  E’yi lenya.
Go home and tell those men and women, still stranded in the mill dusts of Otukpo Rice Mills, that a new song is possible.
Go home and tell every man and woman, from Oju to Okpokwu, Agatu to Ogbadibo, Obi to Apa, Ohimini to Ado, that from this venue in Otukpo, a ray of hope has come to stay in Idomaland.
Tell those who once told you, “Even if you vote for me or not, the votes of the birds in the bush is enough to make me win “… that Card Reader has come to stay and the votes of birds in the bush are no longer fashionable.
The tasks ahead is huge, it is a collective effort if we must finish it. The tasks rest on our shoulders all.
We must live in peace, preach unity in our quest for freedom.
Those who exploited your emotions when they promised you Apa State, and reduced you to victims of false hope, have come to tell you that they want to defend you.
Yes, they want to defend you, they want to defend Idomaland, but their voice was silent when they flew over your heads at Otukpo/Otukpa road.
Yes they want to defend Idomaland, but they defiled the Palace of Idoma heritage when they sidelined Ochidoma to take a serving Vice President to a District Head Palace.
They want to defend you and Idomaland, but they have been silent on the poor state of Ochidoma Road.
They want to defend you, but they invest the seeds of division when they champion “E’none, Enochi”  and “A’alala  and A’agbehi”  sentiments. Even Otukpo where my wife comes from today, is not left out as it has been polarized along O’kwu ahapa, O’kwu Eho.
All these divide and rule, have not answered the numerous questions of Socioeconomic challenges facing us.
Yes, they claim to empower you, but their “empowerment” is not targeted at at empowering people but persons… and this sole aim is to strengthen the electioneering ventures of one man.
Now is the time to inspire true leadership, leadership built on trust and equal respect for every Idoma son and daughter both at home and in the Diaspora.
Gone are the days where Idomas were  polarized and our collective strengths collapsed in the hands of those who perfectly knows how to “divide and ruin.”
Those who told you that they are coming to fight for you, tell them that Idomas are not at war, tell them to go and defend Idomas from the swords of herdsmen along Agatu, that is the area their fighting skills to defend Idomaland would be most appreciated.
By this outing today, we have just commenced the funeral rites of lies, deceits and deception.
Welcome to the beginning of a new beginning. Its DayBreak my people.
Thank you.
God bless O’chidoma and A’yi doma worldwide.
Previous Post