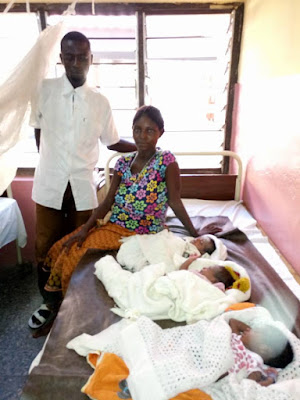 Successful delivery of children calls for celebration among parents, the story of Mr. & Mrs. Dennis Anongo comes with mixed feelings as his wife, Mrs. Kwaghaondo was delivered of triplets (2 boys and 1 girl) at the General Hospital, North-Bank, Makurdi. Amidst this joy, they have been unable to foot the hospital bill of Seventy Seven Thousand, Six Hundred Naira (N77,600), a reason for which the hospital has refused them departure.


While I was at the hospital this afternoon, one of the nurses, Sewuese who called my attention told me in confidence that, since birth, the children have not added in weight hence they were malnourished due to the mother’s poor feeding, which in turn has also affected them. It is incontestible that, at this time, enhanced feeding is deserved for a mother who has just put to bed and the nature of her feeding has overriding effects on the newborn.

The father of the children, Mr. Dennis Anongo is a peasant farmer who is resident at Atsom Village in Gwande District of Makurdi Local Government Area, a place located before Daudu on the Makurdi-Lafia road. The mother is but only a house wife who accompanies her husband to the farm.

The children which I gathered were delivered through cesarean session, which was done on the 10th of May, 2017 which means that they have been stayed at the hospital for more than 2 weeks now. Feeding is equally a challenge, hence they are of rural domicile and all the visitors from the village only come along with either pounded yam, akpu or other forms of carbohydrate foods. This has equally affected the new born babies who have not added in size since over the 2 weeks of their birth.

I sincerely wish to use this medium to reach out to the government, humanitarian organizations, spirited individuals and all members of the public to add value to the lives of these new children who are for now been starved and suffered. It’s indeed an uncommon thing of joy that the children have come, but this challenge has countered the smooth happiness the family would have celebrated.

The father Mr. Dennis Anongo can be reached on mobile: 09096571784.
His Account Details which were made available to me include:
Account Name: Dennis Anongo
Account No: 0244404010
Account Type: Savings
Bank: Guarantee Trust Bank (GTB).

More photos and video below; 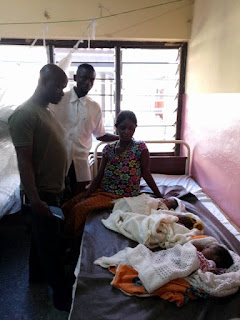 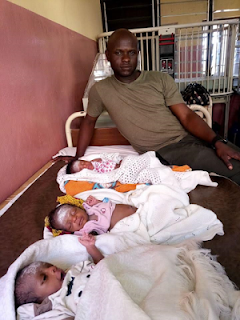 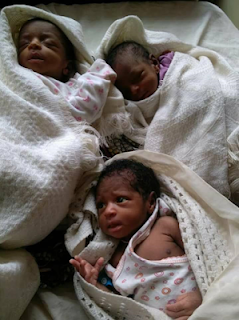