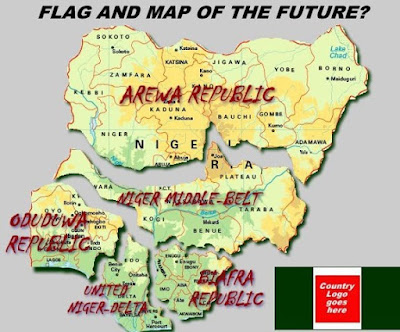 A former military governor of defunct Western Region, Gen. David Jemibewon (retd.), has described those pushing for Nigeria to break up as criminals.
He equally declared that the middle Belt will remain in Nigeria should the country break-up.
Jemibewon’s declaration is coming at a time when the leader of the Indigenous People of Biafra, Nnamdi Kanu claimed that the middle belt region will be part of Biafra should the struggle for secession be actualised.
But speaking with Punch, the former military governor said the Middle belt hold the Northern and Southern part of the country together and as such will remain in Nigeria.
He said, “I was born a Nigerian and by the grace of God I will die a Nigerian and I will always offer the best advice to my people.
“But that does not mean that everyone will follow whatever position I take. There could be those who will not follow my advice for some reasons but I don’t pray for Nigeria to break up.
“I will always be part of what is remaining as Nigeria even if there is a break-up.
“Like I said earlier, we are the Middle Belt, we hold the North and the South together, though we are in the minority. When you put us all together, we are in the majority and we are the backbone of the country.”
“How can it be part of the restructuring? That, in itself, is a criminal matter. Secession is criminal. What is allowed in the constitution is that any part of the country that wants to opt out of the country can.
“However, I am sure there must be a clause of either through plebiscite or referendum.
“But, I am not too sure if any country will allow fragmentation. In any case, when you talk of secession you are already in the realm of criminality and no country will allow that”, he stated.