Why we are yet to appoint new Tor Tiv – Unongo

Why we are yet to appoint new Tor Tiv – Unongo 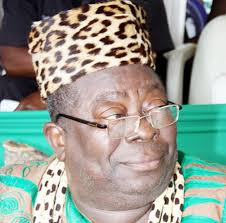 Second Republic Minister of Steel and elder statesman, Wantaregh Paul Unongo has attributed the delay in the selection of a new paramount ruler for the Tiv nation, Tor Tiv to political manipulation behind the scene.
The veteran politician who spoke during an interview with newsmen last week in Makurdi said, long after the death of HRH Dr Alfred Akawe Torkula, it was becoming worrisome that a successor was yet to be selected.
“It is becoming a scandal because long after the Tor Tiv died, the Ooni of Ife died, and the greatest historic traditionalist in Nigeria, the Oba of Benin died. Both of these traditional rulers have already been replaced, yet like you have rightly observed, the Tiv have not appointed theirs. It has become a political thing.

“Tiv political leaders are funny people; they like to control events around them. The institution of the Tor Tiv has become a political hot cake of sorts; that’s what I think is delaying the appointment” He said.
Recall that HRH Dr Alfred Akawe Torkula, Tor Tiv IV passed on after a protracted illness on November 23, 2015 and was buried on February 4, 2016.

How this beautiful Benue-born NYSC member died in Kano