Alleged corruption: I did not run from Buhari, I’m on leave – Runway ex-Benue governor, Suswam speaks from UK

Alleged corruption: I did not run from Buhari, I’m on leave – Runway ex-Benue governor, Suswam speaks from UK 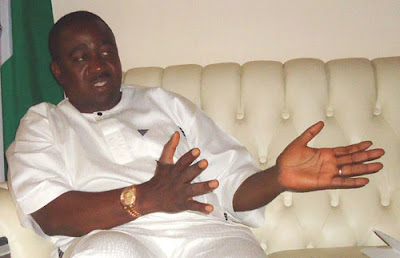 Former Benue Governor, Gabriel Suswam has congratulated his successor,  Samuel Ortom as the new governor of the state.

The ex-governor  who reportedly flew to the United Kingdom shortly after handing over the mantle of leadership to Ortom; wished the new government well as it moves the food basket state forward.
The former governor had by 8:00 AM Friday morning boarded a London-bound flight to embark on what he described as “a leave” after 16 years of active politics and service.

However,  while addressing the state shortly after taking the oath of office, the new governor, Ortom affirmed that no curropt public officer will elude the sharp sword of the new president, Muhammadu Buhari.

“No escape route for thieves. If you run away from Benue and get to Abuja, Buhari will catch you there,” Ortom warned.

Suswam was alleged to have milked the state’s treasury dry before leaving the office.

He sent the congratulatory message via his facebook page.

I am thankful to God and the people of Benue State for the opportunity to serve first as Member Federal House of Representatives from 1999-2007 and as Governor from 2007 – 2015.
I consider this a rare privilege and today, I congratulate the people and the newly inaugurated Federal and State Governments all over the country.

I have decided to take a leave after these 16 years of public service to decide on where to make my next move after due consultations, meditation and devotion with family, friends and my creator.

I urge you to support the new government the best you can for the greater benefit of Benue State. GTS

Ortom, deputy, Akume Gemade, others give thanks to God (PHOTOS)