‘Idoma people have been relegated to the background, treated like aliens’

‘Idoma people have been relegated to the background, treated like aliens’ 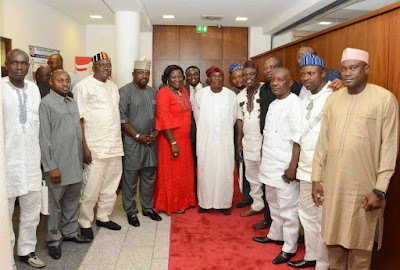 It is an unapologetic truth that the Idoma people of Benue State have been relegated to the background and treated like aliens in their own domain.

It also witnessed the lopsided appointments been made by the incumbent Government so far, which of course I have several occasions opposed.

But after big thought and reflection on the current inhuman treatment of the Idoma people by their so called majority brothers, it becomes not only important but necessary to chart a common cause and purpose. “unity, they say, is strength” Therefore, a formidable force of unity must be built by all Idoma sons and daughters.
The question I have asked consistently without any sound and optimistic answer remains: where did we get it wrong? From the aristocratic few to the majority poor people, none has been able to answer to answer that question.

I am certainly not a magician, but in my sojourn on earth, coupled with my experience, I have discovered that the solution to our current predicament is simply to unite as a people. The Idoma political gladiators, the academics, clergies, the have nots, business Moguls and everybody must unite irrespective of political affiliation or background.

The panacea to our problems remains peace, tolerance and unity. Unity is a sine qua non in fighting perceived enemies. Our Idoma leaders have played infamous and selfish roles in contributing to the disunity and hatred of our fellow brothers and sisters.

Primitive accumulation of wealth at the expense of the poor masses has contributed in no small measure to the division amongst our people. The rich few assumes the position of demi-gods and want to be worshipped and served.

The elite class are often at loggerheads because of sheer display of ego. Pride has eaten deep in the political class, and therefore, it is a matter of winner takes all.

The numerous professors have taken sides with politicians, and this has further disunited the people. In my humble opinion therefore, all Idoma should pull their garments of political parties and work for Idoma unity.

APC, PDP, NNPP, SDP, APGA and all political parties should be jettisoned and let’s push for Idoma unity alone. It is only when we build our houses with concrete foundation that can stand as a formidable, and unbeatable team to fight. Idoma must unite now before the negative wind of hatred sweep us away. GOD BLESS IDOMA NATION.