Findings by IDOMA VOICE have shown that the report on social media, claiming that the Attah of Igala invoked thunder on Fulani Herdsmen, which killed thousands of their cattle grazing in Kogi state was false.
According to the report making the rounds on social media, “the Attah of Igala HRM Idakwo Michael Ameh Oboni II in defense of his people from Fulani herdsmen mystically sent thunder at them while they were grazing on their farmland.
However, investigations by this newspaper show that the pictures, being circulated online were the over 300 wild reindeer killed by a lighting strike in a Norwegian national park. 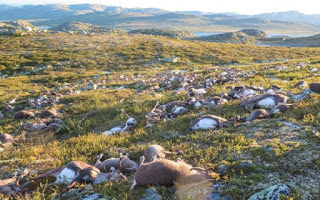 Speaking with IDOMA VOICE on Friday, a palace source said the royal father of Igala land will never be so callous to destroy animals. 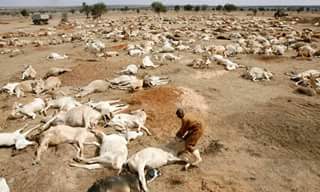 “Where is that coming from? The king will never do such and I can authoritatively tell you that the story is false. That was how they went circulating story some years back that the Attah asked his people to bathe with salt water to avoid contracting ebola then. Please disregard such unhealthy report,” an insider who pleaded anonymity because he was not authorized to speak on the matter said.

Watch video of how it happened below