Benue State Governor Samuel Ortom has assured workers of the state that they will receive their salaries this week to enable them celebrate Christmas.
Governor Ortom who gave the assurance at St. Mary’s Catholic Church, North Bank, Makurdi, said he had directed that payment of salaries should commence today (Monday) .
He reaffirmed the commitment of his administration to transparency and accountability, stating that he had been able to restore the confidence of majority of the people in government.
Governor Ortom enumerated some of the achievements of his administration which covered education, health, infrastructure and revenue security.
He sued for unity among the people of the state irrespective of sectional differences, stressing that it was only when the people set aside personal interests and came together that development would be enhanced.
Earlier, the member representing Makurdi/Guma Federal Constituency, Hon. Dickson Tarkighir, had called on the people of the state to support Governor Samuel Ortom in his efforts to develop the state.
Hon. Dickson urged the people of his Constituency to advise their children against negative acts as the APC administration had no room for thuggery and other social ills.
Also speaking, former President, Benue State Customary Court of Appeal, retired Justice Augustine Utsaha commended Governor Ortom on his open-door policy and the willingness to receive those who did not support his governorship bid.
Justice Utsaha said even when two brothers fight, they later resolve their differences and reconcile, expressing the confidence that with the peace initiatives of Governor Ortom, Benue will be greater in the years to come.
In a sermon, Rev Fr. Dr. Didacus Kajo admonished the people to always uphold the truth in all their dealings with fellow human beings, adding that truth and justice were some of the core values missing in the society today. 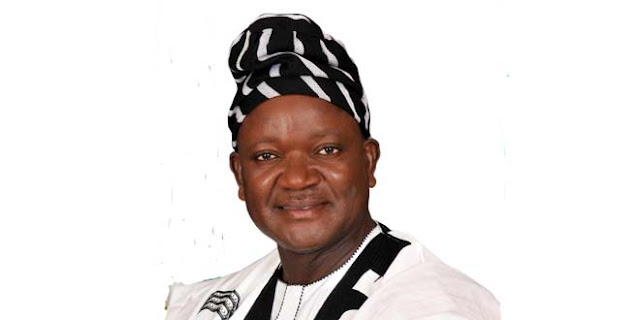