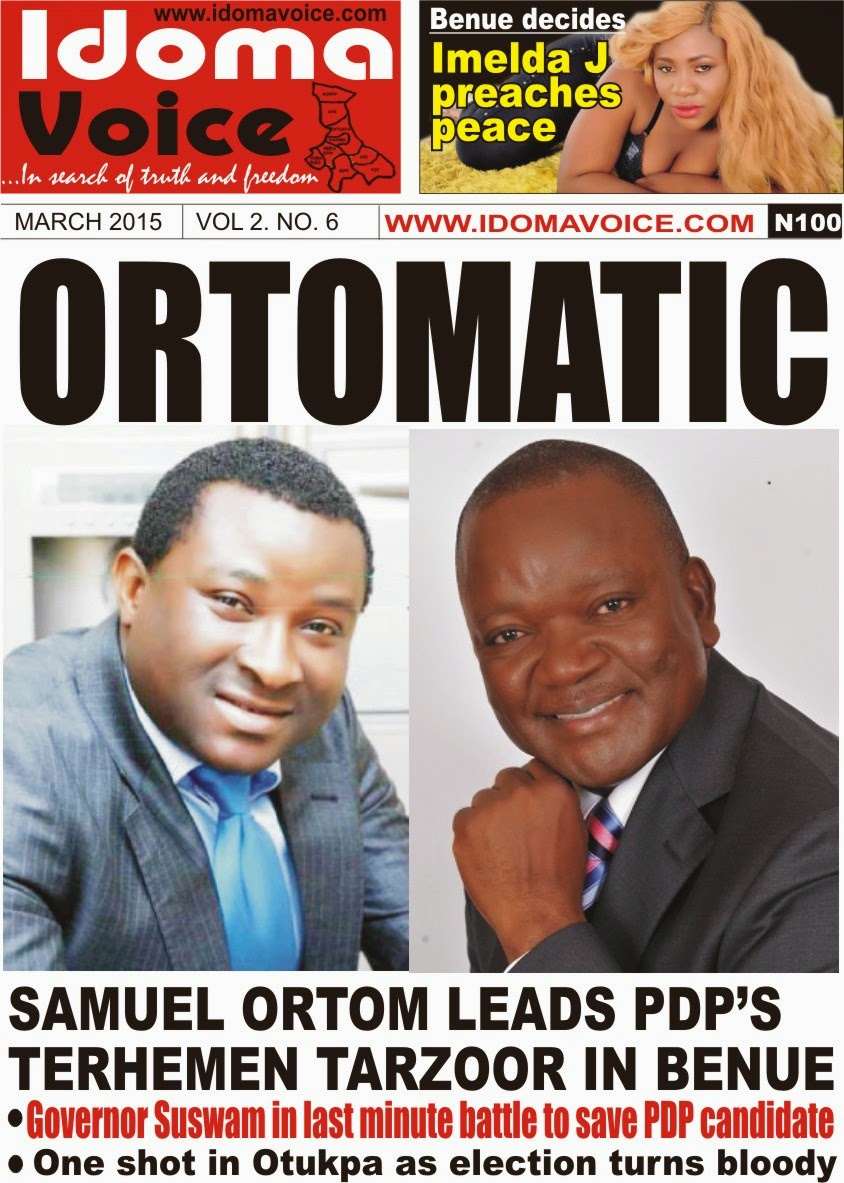 Dr. Samuel Ortom, the governorship candidate of the All Progressives Congress, APC, appears to be on his way to becoming the next governor of Benue State if the results trickling in from polling centres across the state remain unchanged.

Ogbadibo is the country home of the current deputy governor of the state and a chieftain of the PDP, Chief Steve Obekpa Lawani (Ochagwu KÍdoma).

Announcing the result in Otukpa, the powerhouse of Ogbadibo, the official in charge disclosed that for the governorship election, APC polled 7892 while the PDP clinched 7357.
Relatively, Hon. Joseph Ojobo of the PDP was declared the winner of the Saturday House of Assembly election and is returned elected after polling 7649 votes as against his opponent in the APC who scored 6522 votes. Also, feelers from some

Meanwhile, INEC is yet to formally declare the results in some of these areas.
However, there was wide jubilation in Guma Local Government Area, Ortom’s hometown following the outcome of the results so far. Our reporter gathered that residents of the area stayed awake all night to celebrate the yet-to-be-announced victory.
Sources said that having observed that the results coming in from the Tiv speaking part of Benue were not in favour of his candidate, the outgoing governor, Gabriel Suswam left for Otukpo, the powerhouse of Idoma community around 11pm last night to ‘water the ground’.
A resident of Otukpo who spoke to our correspondent last night said they would not watch Suswam impose anybody on them, saying that they are ready to take the challenge the governor if he tries to manipulate the results.

Live result of Benue governorship election (ALL THE LGAs)