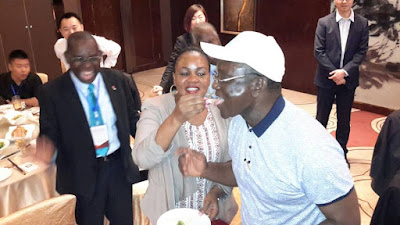 The organized labour in Benue state has issued a one-week ultimatum to the state government under the leadership of Governor Samuel Ortom to immediately pay workers the April, 2016 salary or risk an industrial strike action.
In a communique jointly issued at the end their joint meeting in Makurdi, State Chairmen of Nigeria Labour Congress (NLC), Godwin Anya, Trade Union Congress (TUC), Ordue Tartenger, and Joint Negotiation Council, Philip Nongo, expressed anger that the April salary was yet to be paid workers two weeks after the state joint account was read.
They wondered why some top government functionaries are out to frustrate Governor Samuel Ortom’s harmonious relationship with labour even when the governor issued a standing directive on an issue.
The leaders, therefore, warned that it would not hesitate to issue a sit-at-home order next week if the situation remains same.