A man identified as Emmanuel Idah has narrated how God miraculously saved him and family members from the pangs death in a horrific auto mishap. 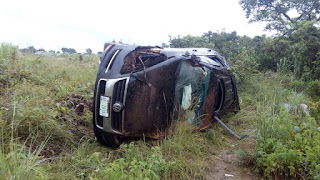 Mr. Idah and other occupants were ridding in a Volkswagen SUV when the tyre busted and the car veered off the road, somersaulted severally and landed in a bush. 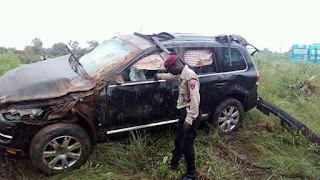 The Otukpo-born, Benue State man, who attributed the narrow escape to God, said two other occupants of the vehicle are in hospital but stable at the moment. 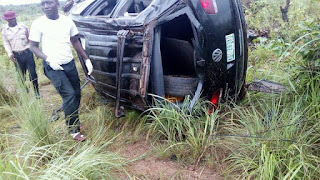 “Ghastly but we all survived. I had slight scratches. Two are still in hospital but stable. To God be the glory. Join in thanking God and praying. God I awesome!” he said.