by Enenche Vera
in Politics

Yuusuf Sheriff Modu, popularly known as Sheriff Banki has resigned his membership of the All Progressives Congress, APC.

Sheriff announced his resignation in a letter addressed to his party’s ward chairman on Thursday.

The letter reads below.

NOTIFICATION OF RESIGNATION FROM ALL PROGRESSIVES CONGRESS (APC)

Dear Chairman,
I hereby forward my resignation letter from APC effective from l6th August, 2022 to your office based on personal reasons and for proper documentation in line with the party’s guidelines and as enshrined in Constitution of the Federal Republic of Nigeria.

As a party member in the last eight years I contributed immensely to the success of the APC across the Country starting from our Ward, Local Government, State, and National Level which can be attested by all and sundry in the party hierarchy. I served in various capacities under APC from Secretary, State Registration and Revalidation Committee, Ward, Local Government, and State Congresses Committee Chairman Akwa lbom state consistently and I performed tremendously well with all honesty and sincerity.

I contested for the position of National Working Committee and later North East Zonal Secretary during the 2022 APC Extraordinary National Convention and campaigned vigorously across the length and breadth of the country along with my campaign team. I also contested for Bomo State House of Assembly Member to represent Gulumba Woloji constituency in 2019 and when we were schemed out strategically we formed a group called APC Aspirants Forum where I serve as National Secretary and we had series of engagements with President Muhammadu Buhari and a Reconciliation Committee headed by Hon. Abubakar Malami, Attorney General and Minister of Justice and Hon. Faruk Adamu Aliyu which was constituted based on our recommendation to the President to appease and rekindle the hope of over 9,000 aspirants across the country.

The leadership was asked by the President to go round the country to reconcile and convince the aggrieved aspirants to remain in the party and work for the success of all the candidates of the party across the country.

The 2019 Presidential Campaign Council wrote a letter of commendation to the forum conveyed Mr. President’s acknowledgement and appreciation of the efforts being met by our forum to reconcile party members after the primaries across the country as attached.

The same year 2019, I served in 3 different committees in the Presidential Campaign Council namely: Logistics, Strategy, and Contacts and Mobilization. I went for different APC Special Assignments including: Bayelsa, Edo, Kano States Governorship elections and some senatorial by-elections etc and worked to the best of my ability. I equally attached all the receipts of my financial contributions to the APC for the last 7 years and my membership slip for your perusal and further documentations.

With this resignation from the party I ceased to be Member and National Secretary of the APC aspirants forum, patrons, Advisory Boards, Leader, Board Chairman of all the support groups of APC that associated and affiliated with me.
I have learnt so much and had many experiences in party governance in the last 8 years and will make very good use of it in my next destination as a young person.

Thank you so much for working with me as a son and reliable ally. Looking forward to having direct engagement with you and other executives. 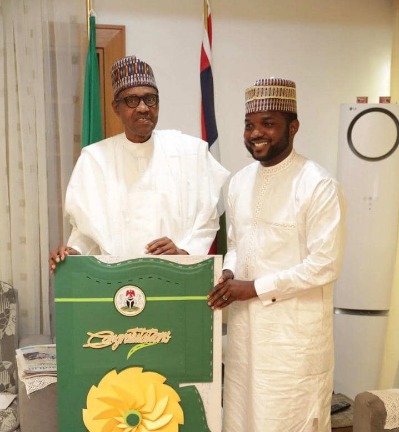 Jesse Oche is a young writer with passion for sports and agro journalism. He loves traveling and reading/