What Governor Ortom told me about Agatu crisis – Dan Onjeh

What Governor Ortom told me about Agatu crisis – Dan Onjeh 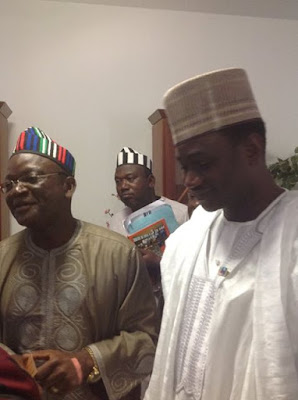 My response on the Agatu land issue was long in coming, because I did not have the full facts at my disposal, and did not want to speculate based on rumors.

I made frantic efforts to get in touch with the Benue State Governor, Dr. Samuel Ortom, since Agatu once again came on the front burner, but he was away in South Africa on official business.
I finally got to discuss with the Governor, upon his return. I raised the controversy generated over the purported ceding of Agatu land to the Fulani herdsmen, and the concerns being raised.

In his narrative, he raised lots of fundamental issues that I can’t exhaust here, but most importantly, he maintained that no one ceded Agatu land to the the Fulani Herdsmen, rather, according to him the measure taking was done in good faith to restore peace, and avoid further lost of lives and property, which was his paramount interest as the Chief Security Officer of the state, and it was the collective efforts and resolution of Agatu stakeholders, but that in any case, he runs an open door policy, and due to the insinuations arising on this matter, he promised to convene another stakeholders meeting for a comprehensive briefing and interaction to enable everyone be on the same page with the government, and he is very willing to accept any better option or alternative that may be proffered by stakeholders.

I hereby call on all crucial Idoma stakeholders, particularly, social media netizens to attend the proposed expanded stakeholder meeting and contribute their own quota on the subject, and the best way forward.

In the interim, I call on the Federal Government to consider the establishment of Army Battalion or Mobile Police Squadron, along the Agatu borders with Nasarawa State.